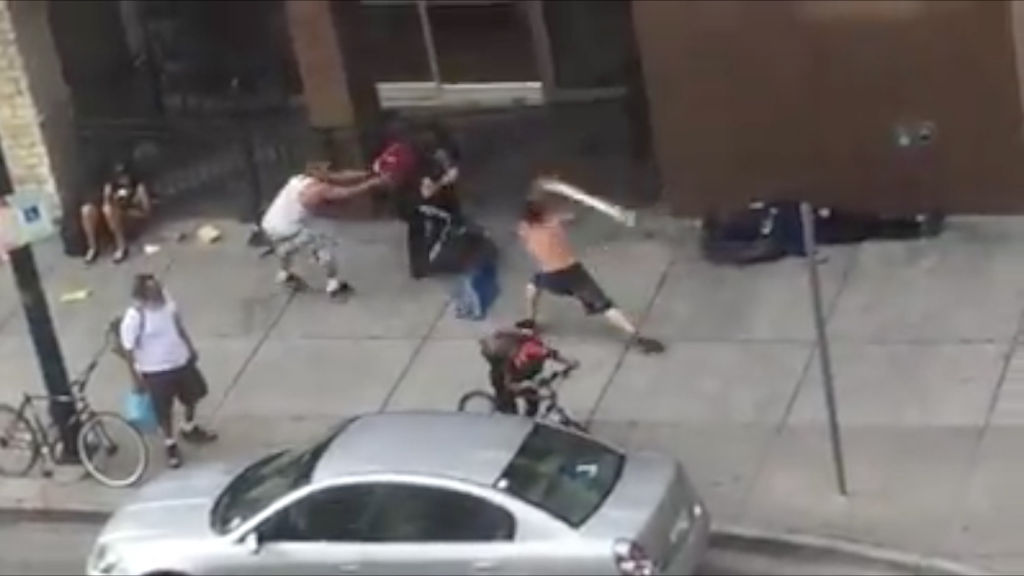 What the hell man? Talk about being a dickhead for absolutely no reason. OK there’s a good chance this guy was methed out of his skull but that doesn’t necessarily mean you have to turn violent does it?

My favourite part though, aside from the guy walking out of Maccy D’s then walking right back in, is the dude at 0:43 using his mate as a human shield. Every man for himself when you’ve got some lunatic running about with a giant pole like Tommy Dreamer from ECW.