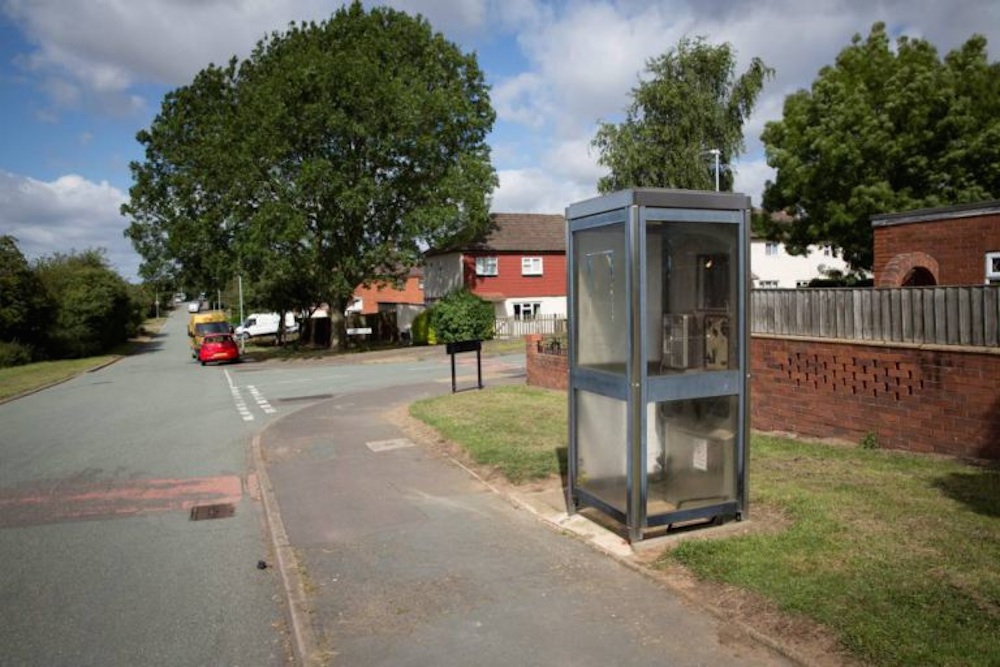 A Staffordshire couple have been photographed having pretty dirty sex in a phone booth in the middle of the day, and thankfully they came forward to explain their actions. They don’t really make any sense though considering they’re supposed to be fully grown rational adults.

30 year old Gavin Wain and his 41 year old girlfriend Lisa Kerley (who has four children) were on their way back from the garden centre in Tamworth after checking out some fish, when they just couldn’t help themselves anymore and ducked into a phone box for a quickie. Once involved in the act, they were ruthlessly photographed by a bunch of people who walked past despite their protests – probably because they were two people having sex in a phone booth in the middle of the day.

Gavin put the situation into context though – they were actually pretty pissed on some cans they had picked up from the supermarket:

We both have fish tanks with me keeping piranhas and Lisa a couple of turtles and we were on our way to look at the fish section.

We called at a supermarket and bought a few cans. It was a hot day and the booze must have got the better of us.

We were passing the phone box and laughing and joking and I said to Lisa “Fancy a quickie?” and obviously she did.’ 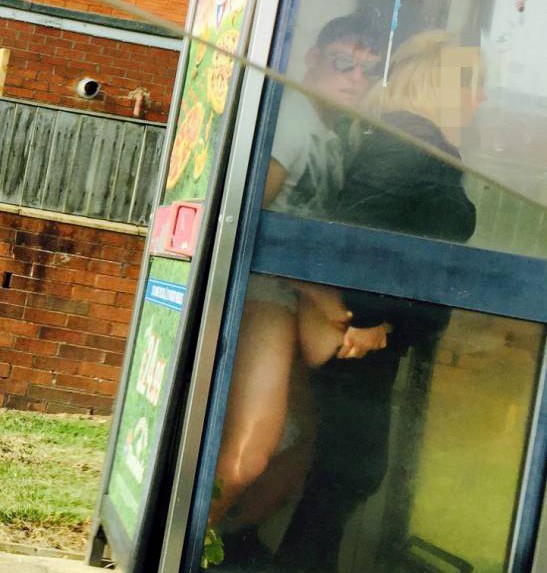 Basically that’s what you do if you’re a major major player in Tamworth ladies and gentlemen. Lisa’s account isn’t much better:

We were both in the mood and were just taken short as we passed the phone box. We do like sex outdoors but don’t do it in front of people on purpose.

Well I think you’re probably going to think that someone is going to see you if you’re having sex in a phone box in broad daylight, so that’s kind of on purpose isn’t it love? I wonder what they were drinking – White Lightning? SKOL? Frosty Jacks – because you would have to be pretty trashed to just go for it like they are in that picture. I mean they’re in a phone booth in a suburban area in the middle of the day for crying out loud. To be honest you would probably have to be pretty wasted to come out and admit it to a newspaper shortly afterwards too, but I guess that just must be the lifestyle in places like Tamworth.

Unfortunately for the couple, having sex in a public place is a crime and they’re now being investigated by the police, so it might not be all fun and games for them in the future. Still, at least they can tell this story whenever anyone comes around and looks at their fish.

This is nowhere near the weirdest place that somebody has been caught having sex in public though.