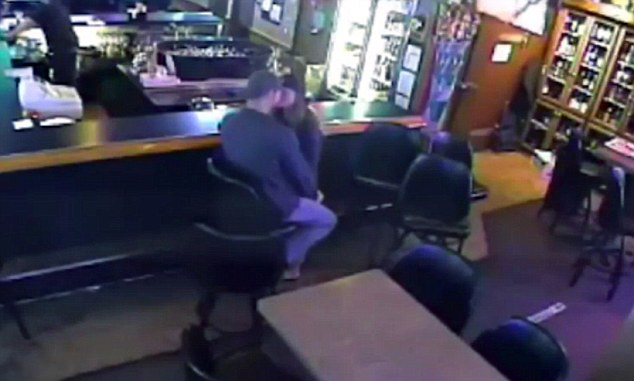 Who said romance is dead?

Police over in the States are looking for three suspects wanted for robbing a bar at gunpoint. The robbery took place at 1:15am this past Monday morning at the Tap Inn in Billings, Montana.

Witnesses say a female and two men entered the bar armed with guns and wearing bandanas and gloves. It all went pretty smoothly for them and they got away with an undisclosed amount of cash.

Of course it might not have gone so smoothly if the couple at the bar had intervened but unfortunately they were too busy making out. Honestly, I can’t actually believe that they did not notice what was going on – as the CCTV footage shows, the gunmen and barman were literally a metre away from them.

Well, I guess that’s what true romance is all about at the end of the day. These two are 100% unaware that there’s a stick-up going on literally right next to them, but it actually makes perfect sense. Any time you pull someone in a bar you have to block out everything going on around you in order to enjoy it and not feel like everyone’s judging you on your PDA. If you’re in any way distracted by your surroundings it completely kills the vibe. So I guess they were in the moment? Very cute but not so handy when it comes to giving a statement to the police.

P.S. It looks like the second robber who shows up was thinking about robbing them but then saw them kissing and thought, ‘fuck it, I’m not going to cockblock this dude.’ Bro code and all that.

For our run-down of five couples we all know and loathe (including every PDA couple) – click HERE.