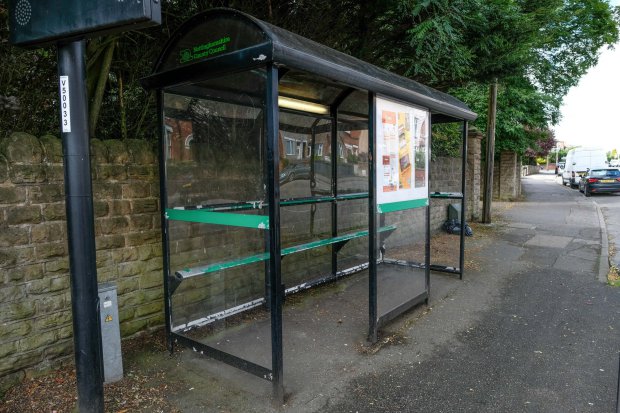 Sometimes the urge just takes you and you have to get down and dirty wherever you can, right there and then – but when this is the case you normally at least try and find somewhere discreet rather than a bus stop in broad daylight in the middle of the day.

I was just sat in my front room eating my tea when I looked out and couldn’t believe my eyes.

It was revolting, it put me off my food.

My dad rang the police who turned up and had a word with them.

I think they missed their bus but they got a later one.

Who cares about the bus when you’re getting it on though girl? They can probably wait another ten minutes or whatever for it and you can just go in another room to eat your tea instead of filming them like a perv. Let them be.

Pretty brazen of these two to just go at it like that in the bus stop though – not sure whether to give them props or condemn them for it. Not really sure if it would be that fun either to be honest for most people, so I guess I gotta give them that at least.

For more sex in public, check these two going at it on a nightbus. Everyone is doing it these days.