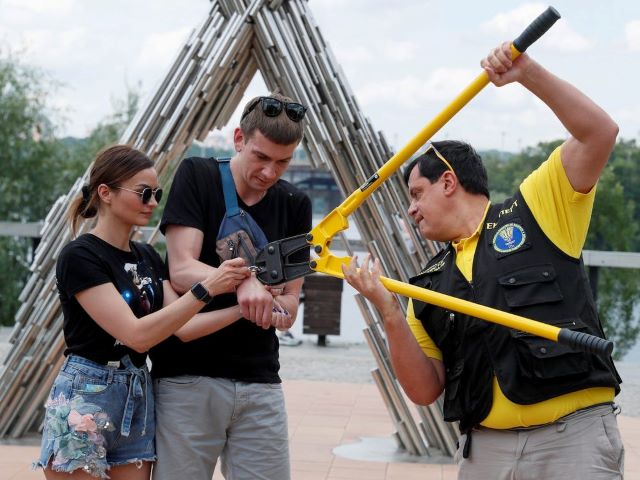 Remember the Ukrainian couple who chained themselves together last Valentine’s Day as a true test of their love?

Well, Viktoria ‘Vika’ Pustovitova, 29, and Alexander ‘Sasha’ Kudlay, 33, have finally had the chain cut after being bound together for 123 days… and then immediately broke up.

Here’s the moment it happened – they couldn’t get away from each other fast enough:

Couple who chained themselves together for 123 days finally have the chain cut – and instantly break-up pic.twitter.com/7f6CsqcBQd

Sweet, sweet freedom. I guess it was all just a massive waste of time? Viktoria and Alex really thought this experiment would strengthen their bond and prove they were made to be together but it ended up having the complete opposite effect. Not only did they break up once the chains were off, but their bodies seemed to naturally reject each other like two magnets you’re trying to push together.

Yeah OK you might say this is just a natural reaction to being free from someone you’ve just been handcuffed to for 123 days straight. But then you read this quote from Viktoria and it’s basically a knife straight to Alexander’s heart (via MailOnline)…

‘I want to live my own independent life, and grow as an independent person,’ announced Vika . She shouted ‘Hurray’ as they were freed from each other. ‘I am finally free.’

‘Thank you all for supporting us. Look, we are now at a distance from each other. We were happy, and we are now happy to have had this experience in our lives.’

Again, it’s probably natural to want to get as far away as possible from someone you’ve been literally chained to for 4 months. Every moment of every day together; eating, sleeping, showering, even taking a dump. It’s actually a miracle these two didn’t end up murdering each other. 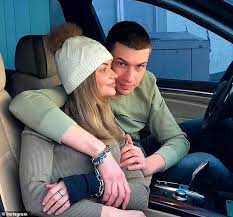 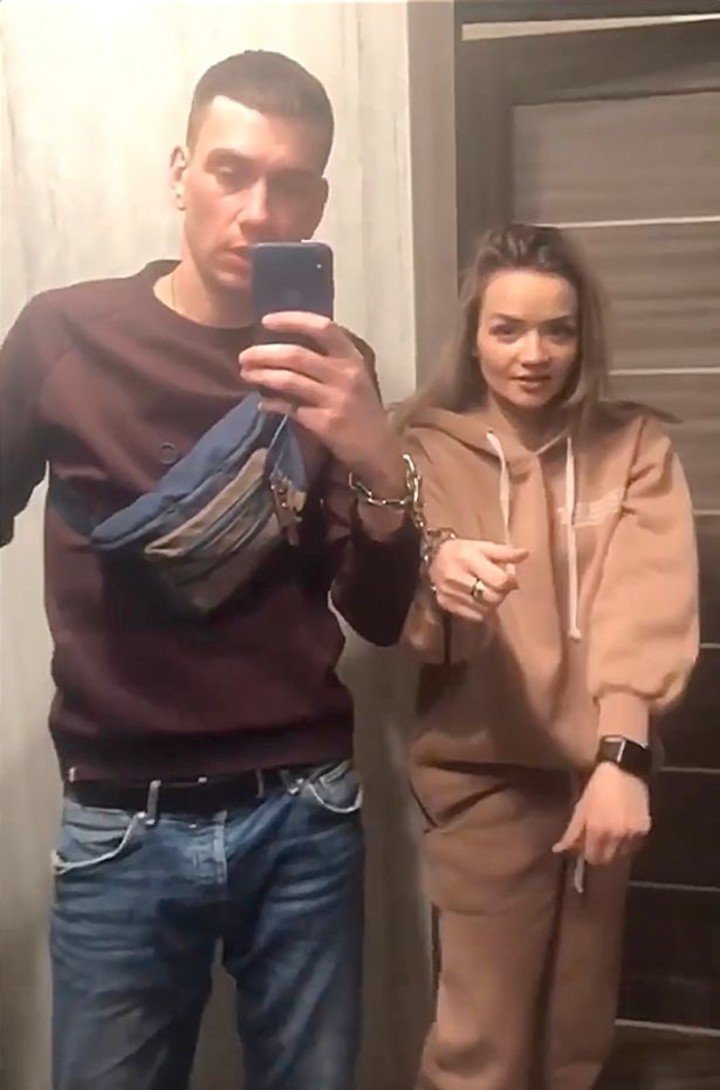 Anyway, best of luck to the ex-couple on their future endeavors. I’m sure they’ll be enjoying the single life for a while before jumping into anything more serious. Although reading the end of the MailOnline article, it looks like Viktoria has a new suitor waiting in the wings…

The unchaining was supervised by Ukrainian records chief Vitaly Zorin. He said: ‘Since this is Vika’s first free evening, I’m going to introduce myself to her.’

Go on, Vitaly! As long as you don’t suggest being handcuffed together 24/7, you might actually have a shot.

For the couple who got married in the world’s first ever KFC-themed wedding, click HERE. Now there’s a bond that’s built to last.