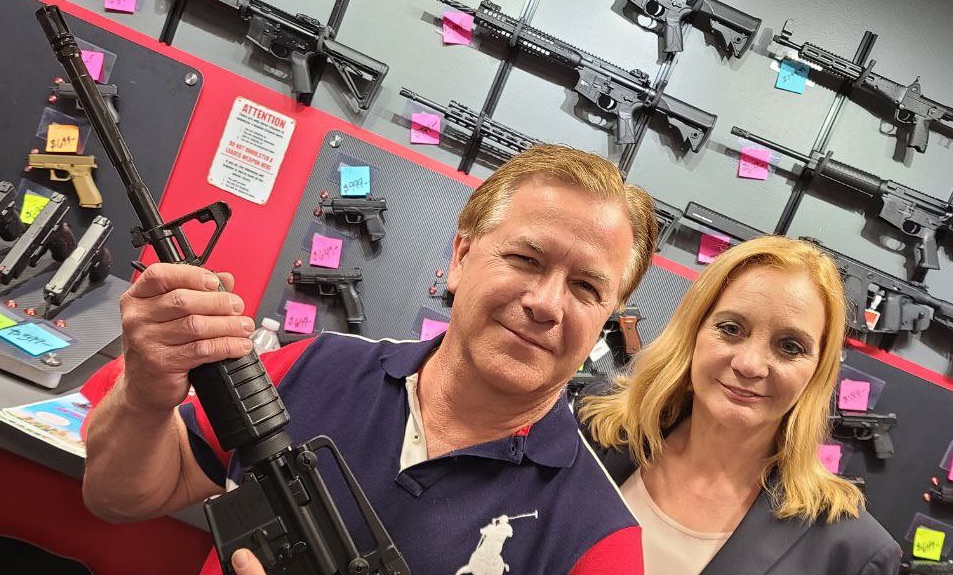 Remember these two idiots from last summer when they ran out of their house with a bunch of guns and pointed them at Black Lives Matter protesters who were peacefully marching to downtown St. Louis?

You’ve got to right, it was one of the most iconic scenes from last summer and it turns out that Mark McCloskey and his wife Patricia haven’t spent the last year getting educated and learning why everyone thought their reaction was completely outrageous but instead on buying more guns. The pair appeared in court on June 17th where Mark pleaded guilty to a fourth-degree misdemeanour of assault and was ordered by a judge to pay a fine of $750 and Patricia pleaded guilty to a second-degree misdemeanour of harassment and was handed a fine of $2,000.

Interestingly, as part of the plea bargain the two weapons used in the incident were seized by the state. McCloskey wanted them to be donated to a museum of historical artefacts (lol?) but they are instead going to be incinerated. Don’t worry though, because Mark immediately went and bought some more guns so he could protect his family.

He also posted the following fairly lengthy tirade on Twitter:

Checking out my new AR! #2A #MOSen pic.twitter.com/Qa5UKupXSX

A year ago, the mob came to my door to attack my family— I backed them down

The mob came for me, the media attacked me & prosecutors tried to punish me for defending my family

They dropped all charges, except for a claim I instilled “imminent fear” in the mob

I’d do it again. pic.twitter.com/ECPsSwa2Iw

Let me be clear, I am not surrendering any of my other firearms! I will continue to be one of the strongest advocates for #2A in MO and around the country.

The two weapons that were seized from me were evidence in a criminal case. Per the state of MO they are to be incinerated.

Don’t worry— I have more guns to protect my family where that came from! #2A

God he’s almost a stereotype of himself there isn’t he? What an absolute tool.

Guess what as well? Yep, that’s right he’s running as a Republican for a seat in the US senate in Missouri. And he’ll probably win as well because you know, America. Jesus.

For more of the same, check out this Israeli ‘Queen Of Guns’. Maybe she would get on with the McCloskeys?