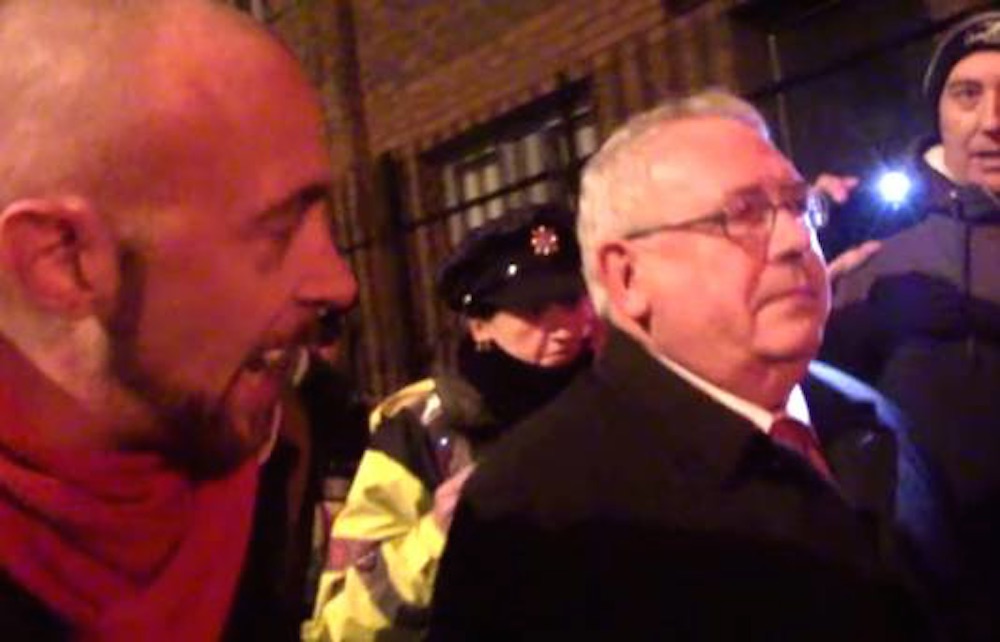 Try and watch this without creasing.

There isn’t really much to say about this as it’s literally a video of a guy walking into a lamppost that has a 30 second build up accompanied by the Countdown theme music. I’m sure most people can imagine how brilliant that’s going to be so I don’t really have to waste your time talking about it here.

I hope you can take the tension before he plonks into he lamppost:

Fantastic right? In case you’re wondering the guy who’s being followed is Joe Costello, an Irish Labour TD and the guy walking into the lamppost is a a citizen journalist from Revolution Republic News, whatever that is. His name is Andy Whelan and he was questioning Costello after he had been refused entrance to a public meeting where Costello had discussed the living wage and zero hour contracts.

Whelan had the following to say about the collision:

It was a dinger of a bang.

I was so concentrated on what I was doing that I wasn’t looking where I was going.

My own stupidity caused it.

I won’t be doing it again, it was an unsafe situation.

I’m not sure if it was exactly unsafe mate, but thanks for getting involved anyway because you’ve contributed greatly to an excellent video there. Cheers.

Not as satisfying as this video of a chav mugging off a security camera and then walking into a lamppost though.