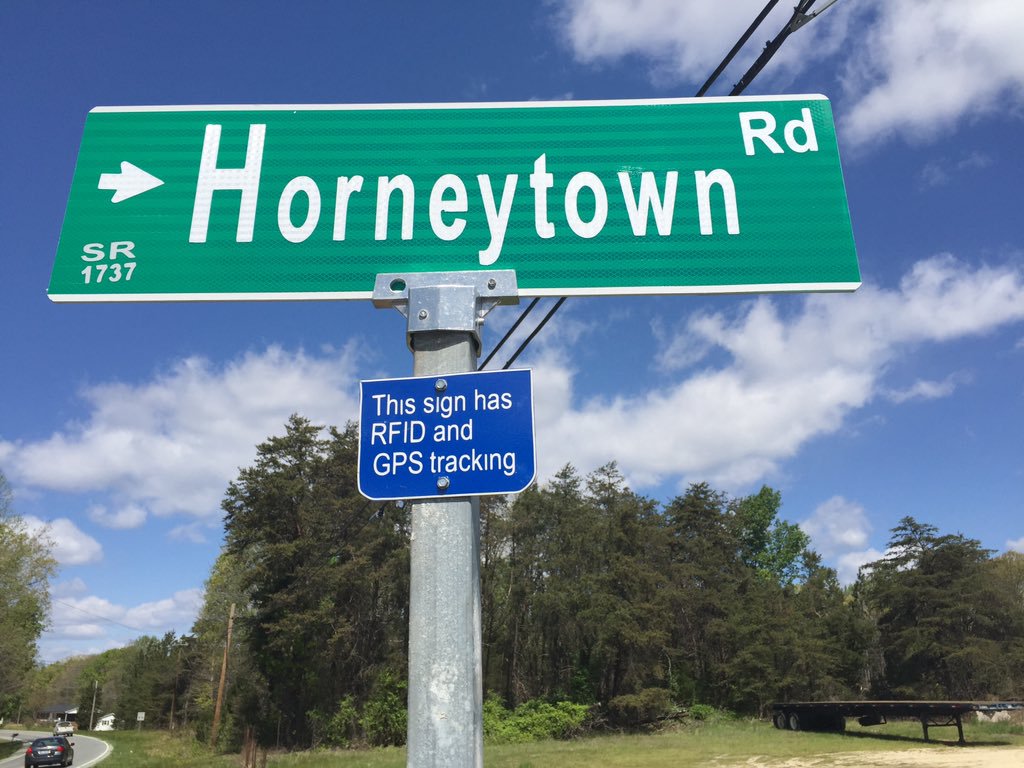 Won’t you take me to…horneytown?

One of life’s greatest pleasures is discovery of a funny road sign. There are dozens of them the UK – Fanny Hands Lane, Butt Hole Road and Knob Fields, to name a few – but for some reason, this particular one in the States is so popular, it gets stolen by passers by around every two months: 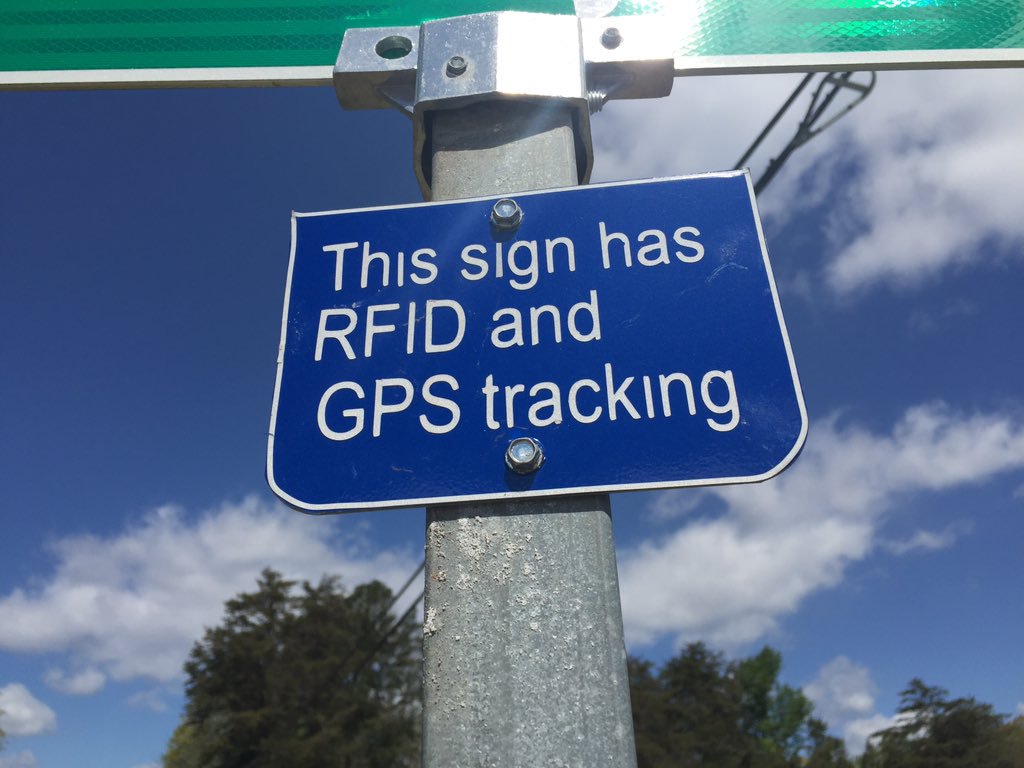 Yes, Horneytown Road in High Point, North Carolina is so amusing that it never stays where it should for too long – and the locals are getting tired of it (apparently).

In fact to preserve the Horneytown sign, the local council has tried everything from putting concrete in the holes of the post to moving the signs so that they’re (seemingly) out of reach, but alas, nothing has worked.

Now, in one last attempt to stop people from claiming the world’s best souvenir, the town has had to put up an extra sign warning potential thieves that it has a GPS tracker, meaning police can hunt them down if they pinch it. Brilliant.

Here’s a word from a frustrated local official:

It’s a little frustrating but we know what it is and we just try to make sure the sign stays up the best we can.

I’m not sure the town’s efforts will deter people from stealing the sign; they could change the name of the street, but that would be a crying shame.

Speaking of names, check out what this lunatic wanted to call her daughter.