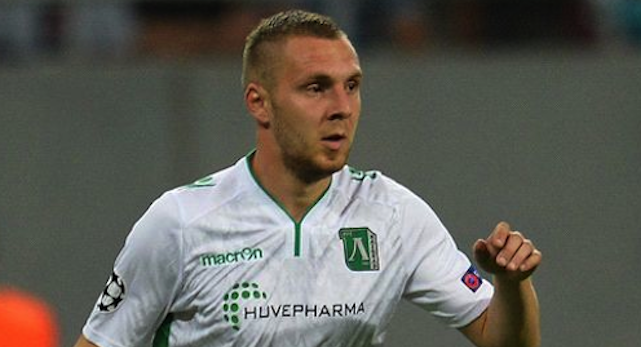 It doesn’t really get better than that. Oh wait it does – there’s more to it.

If you were a supporter of Lubogorets – that’s in Bulgaria in case you were unfamiliar – and hoping to qualify for your first ever Champion’s League campaign then you were probably screwing late on in the game last night when your goalkeeper Vladislav Stoyanov was sent off for a professional foul heading into a penalty shootout for a spot in the tournament with Steaua Bucharest. Let’s be honest, you would be off your fucking nut at that point.

You wouldn’t have recommended Lubogorets defender Cosmin Moti though, who stepped up and decided to go in goal for the shootout. Not only did he score his penalty, but he also saved two of the Bucharest penalties – including the decisive one that let them win 6-5 – to send Lubogorets through to their first ever Champion’s League campaign. That’s even better than when one goalkeeper saved four penalties in one match right? The chairman was so ecstatic he even said he would name their new stadium to Cosmin Moti stadium although I’m not sure if that will actually happen.

Could this story get any better? In fact it could. It turns out that Cosmin Moti is actually Romanian and has spent the majority of his career playing for Steaua Bucharest’s bitter rivals Dinamo Bucharest, so he will have been more pleased than anyone that he managed to keep them out of the Champion’s League as well as advancing his own team. You couldn’t really make it up.

Check out some of the saves below too – they’re arguably world class. The first video has just Cosmin’s saves whereas the second one has the whole shootout, with Moti’s penalty being the first (it also shows them all twice for some reason).  Apologies about the music I was 100% not involved with it at all.