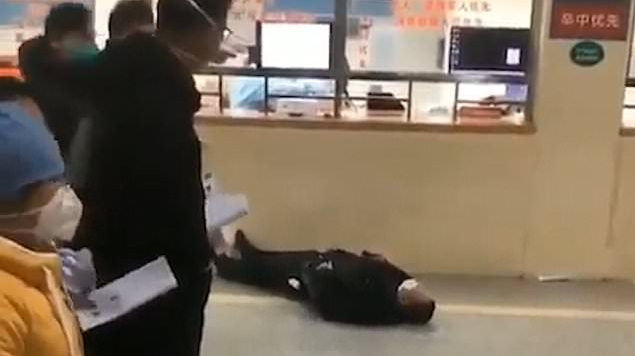 On December 31st 2019, China informed the World Health Organisation (WHO) that they’d had a bunch pneumonia-like cases in the city of Wuhan that they had never seen before.

Fast forward nearly a month later and the whole world is freaking out over the Coronavirus, which we now know most likely originated in a local seafood and wildlife market and can spread very easily through human-to-human transmission.

So far 18 people have died and 600 are known to be infected as the world figures out exactly what the hell we’re going to do about it. Meanwhile, here’s how things are looking over in Wuhan, where the virus first broke out:

Yikes. Whenever you see medical crew turn up in those big hazmat suits, you know it’s time to GTFO of dodge as fast as you can.

What a nightmare. And even worse is the timing of it all – right before the Chinese New Year when loads of people are travelling around China and returning home.

How did the coronavirus break out? Supposedly thanks to some dodgy bat meat, which they eat in China:

How much money would it take to get you to try the zombie virus bat soup?pic.twitter.com/SDNU2ztC44

What else can you say really? Thoughts & prayers with all the people in China and everyone infected. If you’re over in China right now, you probably can’t read this, but if you can – good luck.