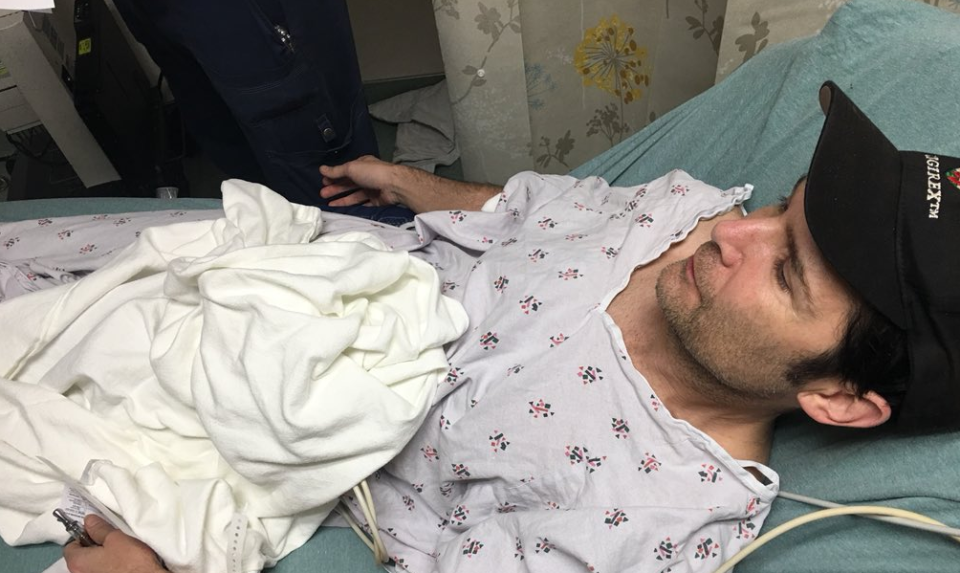 The underground paedophile network was attempting to silence him.

Corey Feldman was well known during the 80s as one of the hottest young child actors, appearing in movies like The Goonies, Licence To Drive and The Burbs, but in his later life he’s spearheaded a movement to expose the underground ring of Hollywood paedophiles that abused him during this period of his life.

Corey has often stated out loud that he feared for his life and that people were out there to silence him, but most people would probably have laughed those claims off as paranoia. Well, it looks like we were wrong as news is just in that Feldman has been stabbed in a frenzied murder attempt and is currently in hospital, where it looks like his condition is stable.

Apparently three men attacked Feldman and his security as they were getting out of his car – Corey tweeted the following to make everyone aware of his situation:

@LAPD R CURRENTLY INVESTIGATING THE CASE AS AN ATTEMPTED HOMICIDE! I HAVE HAD MOUNTING THREATS ON ALL SM PLATFORMS BY THIS VILE “WOLFPACK” & THIS IM SURE IS A RESULT OF THOSE NEGATIVE ACTIONS! I HAVE REASON 2 BELIEVE ITS ALL CONNECTED! ENOUGH IS ENOUGH! HOW SICK R THESE PPL?!?

Damn, that sounds absolutely awful if it’s true – although I suppose Corey has no reason to make any of this up. Is there actually an underground network of abusers that will do anything they can to silence him from attempting to expose them?

I’ve been backing Corey for a long time here on Sick Chirpse – even before the recent #MeToo allegations – and I’ve always thought there was some degree of truth to his story but that he came off a little crazy when he suggested people were trying to kill him in order to silence him. Guess I shouldn’t have doubted him. Hopefully this is the catalyst for him to finally expose the people who abused him as a child – and hopefully many more.

For more Corey Feldman, check out all this stuff. He’s been doing a lot to try and finally make those people pay recently.