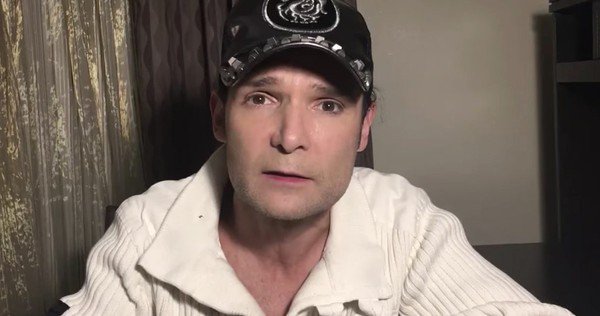 There was some pretty shocking news yesterday when it emerged that Hollywood actor Corey Feldman had been stabbed in what people were describing as a ‘murder attempt’ – with the possible motive revolving around Feldman’s attempts to expose an underground Hollywood paedophile ring.

Later on, the LAPD came out and posted comments saying that Feldman hadn’t actually suffered any stab wounds, but they were investigating the indecent, throwing an element of doubt on the whole thing. So of course, it was only a matter of time before Corey himself came out to tell everyone what really happened in the video below and let’s just say it’s nowhere near as dramatic as what initial reports suggested:

Hopefully we’ll hear more on this in the coming days/weeks/months, but I’ve a feeling it will never be explained and is just another bizarre incident in Corey Feldman’s life. There will definitely be more of those coming if the previous year is anything to go by. Go check it out for yourself.