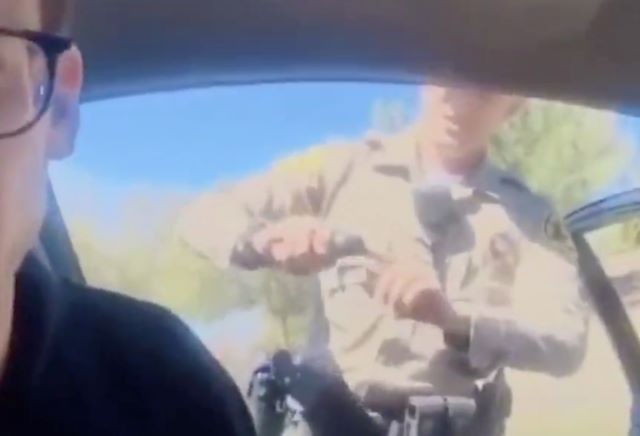 Cops aren’t exactly getting the best rep at the moment after the George Floyd incident, with many people saying they want to see them defunded and totally reformed and when videos like this one emerge you can see why.

This is a bit of an iffy one because the guy filming the video does seem to be acting like a bit of a knob and questioning the police officer when he should probably just be co-operating, but having said that I don’t think anything he’s doing warrants him being tasered or pepper sprayed and it seems clear to me at least that the cop should be able to handle this situation without resorting to those tactics. As it is though, he can’t do this at all and when the guy gives him a bit of lip tries to pepper spray him to shut him up, only to end up looking like a monumental tool when he’s out of the stuff:

Lol. Ok firstly I get the guy was being uncooperative and was in the wrong in the first place because he was speeding, but again I don’t think that the solution from the cop to immediately pepper spray, taser him and send him to jail is going to help anyone, so I think it’s great to see a cop look like a moron and nobody get hurt for once. Happy with this one.

For more of the same, check out what happens when you spray your own eyeballs with pepper spray. Yeowch.