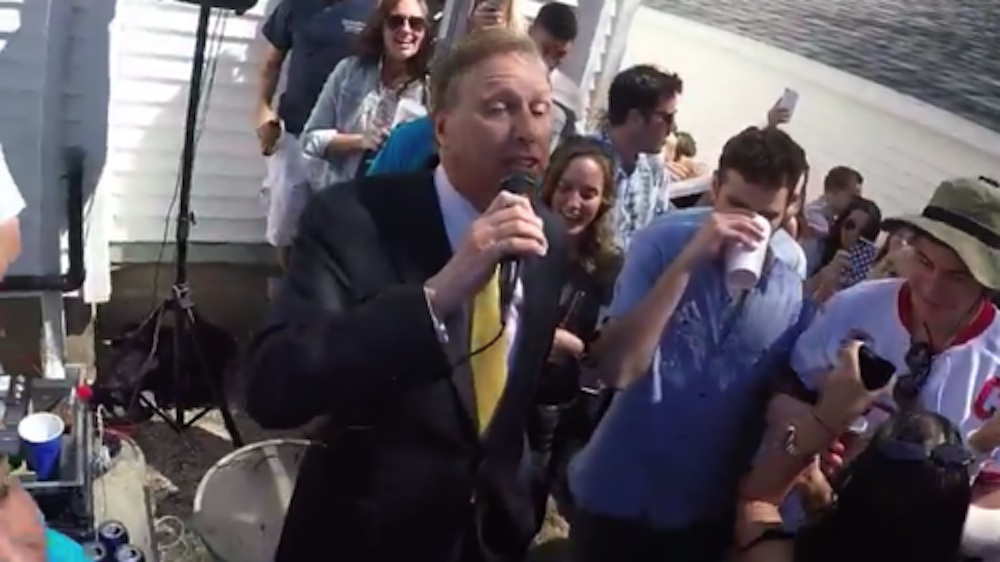 After seeing this video, if I was American and heading to college then there’s no way I wouldn’t be heading to Quinnipiac College in Connecticut because it looks like the sickest party university in history.

Not only are they throwing an absolutely huge looking Project X style party on some street, nobody who works for the school seems to care that they’re just partying all the time and not studying, which is pretty much exemplified in this video where the goddamn president of the university shows up to the party. Instead of busting their balls, he gets on the mic and tells them to keep partying and tearing up the neighbourhood, even though he banned celebrating on this weekend a while ago.

What a chiller. Sure, he doesn’t really endear himself by saying he’s going to have to buy all the houses on the street (what? Does he think he’s Vince McMahon or something?) or by doing some stupid dancing with the DJs (actually that’s kinda cool – he just doesn’t look so hot doing it) but the fact is, this is the kind of guy I’d like to go study for. Not like this guy who failed his whole class via email because they bullied him. Pussy.

I’d only be studying after completing the partying module of the course though, obviously. With honours.