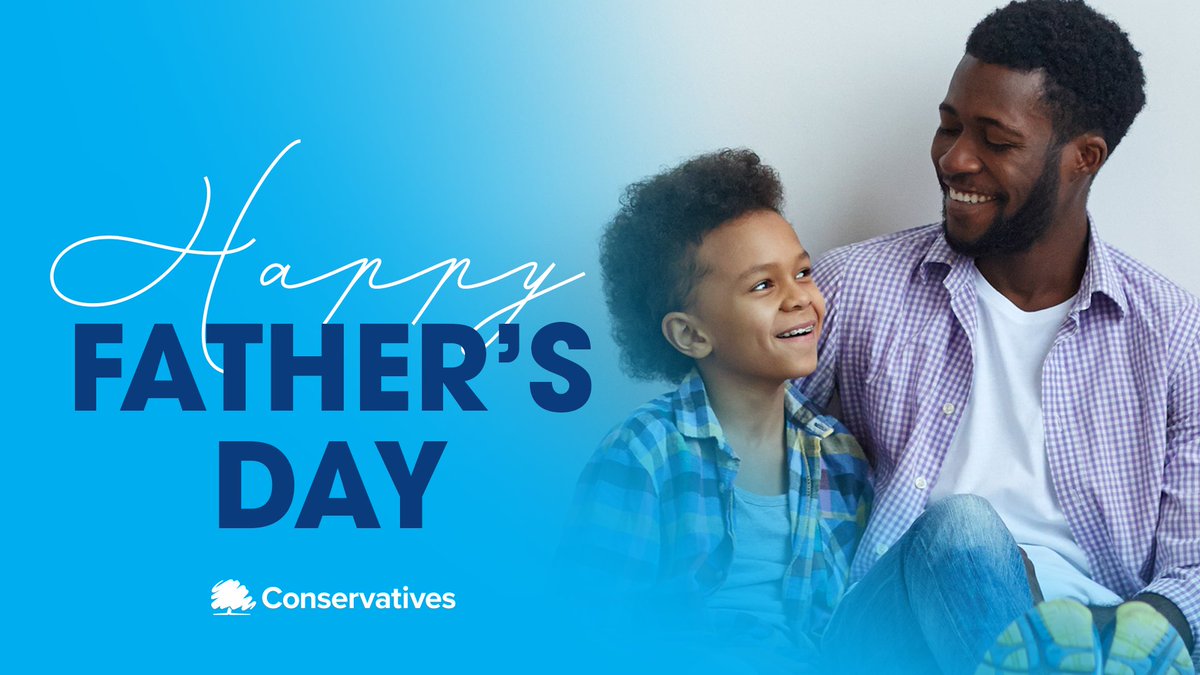 The conversation around Black Lives Matter has been amplified in the last couple of weeks since the death of George Floyd and whilst most people seem to understand the movement and why it’s necessary in this moment, there are clearly those out there that aren’t happy about it.

This was clearly seen on Twitter yesterday, after a bunch of people voiced their opinions on the fact that the Conservative party had chosen to use a picture of a black man and his son in their graphic celebrating Father’s Day. People were NOT happy about it at all:

Yet another example of “conservatives” pandering to a demographic that has never and WILL NEVER vote for them. Pathetic.

As a white man, I’m beginning to feel like the equivalent of one of those toppled statues.

Are us WHITE dads included in your message?

Is he sure he’s his real dad?

I’m confused with the graphics, is it happy fathers day to black men only? I mean that’s how it works now isnt it, too many pictures with white people so some people moaned to be inclusive and now we exclude white people.

I believe this choice of picture was pretty thoughtless, given the current situation with BLM anarchists running around toppling statues and gangs of black youths attacking lone whites. Many white people are feeling abandoned by their own country and this seems insensitive.

Is it still ok to be a white dad in the UK or did I miss something ?

He actually stayed with the family.

Geez. It’s so crazy to me that a picture like that can trigger people so much and cause so much hate and upset, but I guess sadly that for all the the progress the BLM movement might be making, there are always going to be people like that in the comments that refuse to listen and understand the situation. Can’t believe that it can upset people who *aren’t* racist that much, but there you go. Seems like we’ve got a long way to go.

For more of the same, check out this thread that summarised the true nature of British racism. It went viral it was so good.