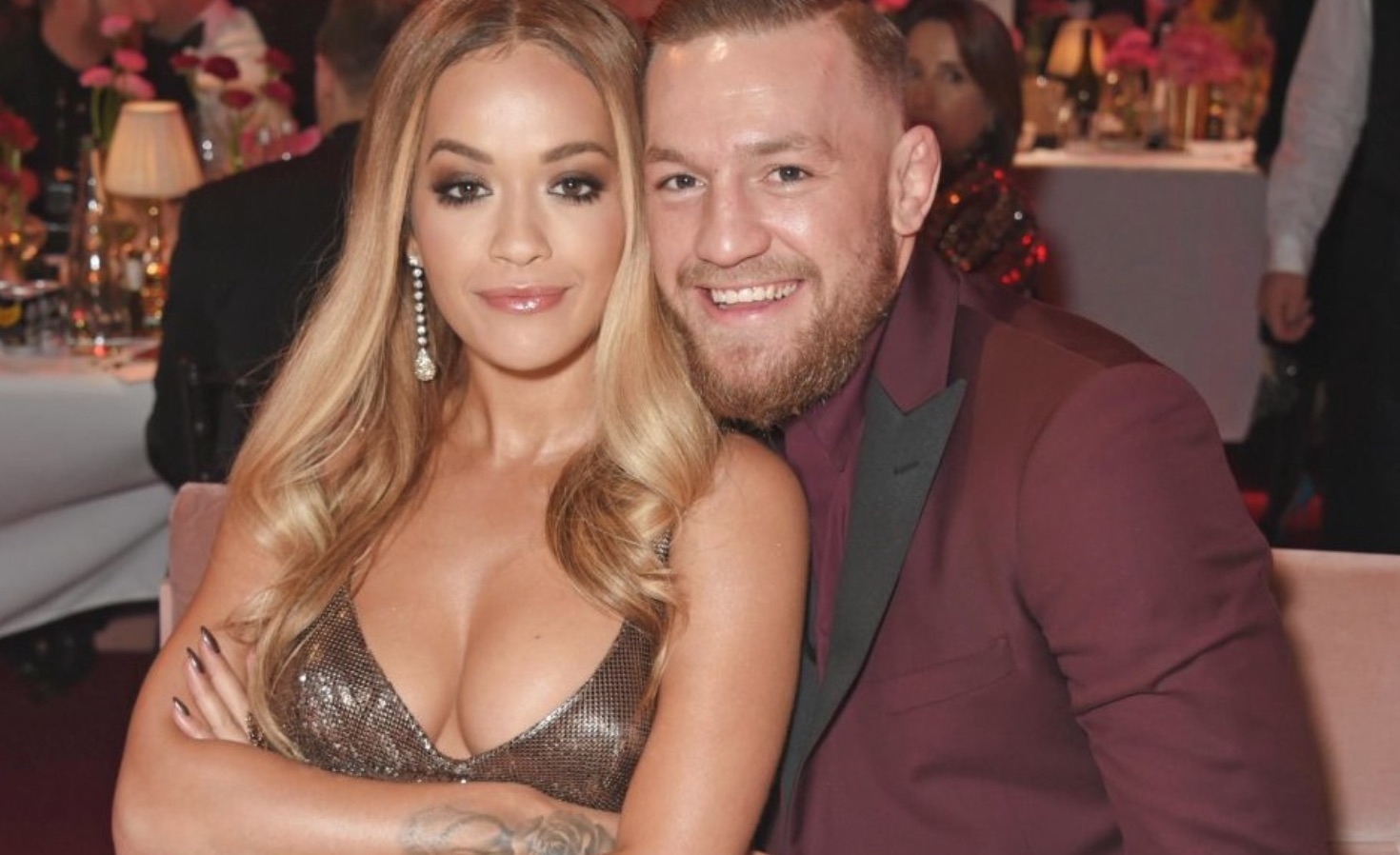 Yesterday everyone went pretty crazy at Rita Ora for posting a picture of her and Conor McGregor snuggling up at an after party for the British Fashion Awards and captioning it ‘date night’ – which in fairness is pretty stupid move – and it seems like that hate is continuing today.

The latest person to get involved is McGregor’s teammate at the Straight Blast Gym in Dublin Artem Lobov. Lobov as quick to react to Ora’s tweet about the ‘date’, replying with the following: 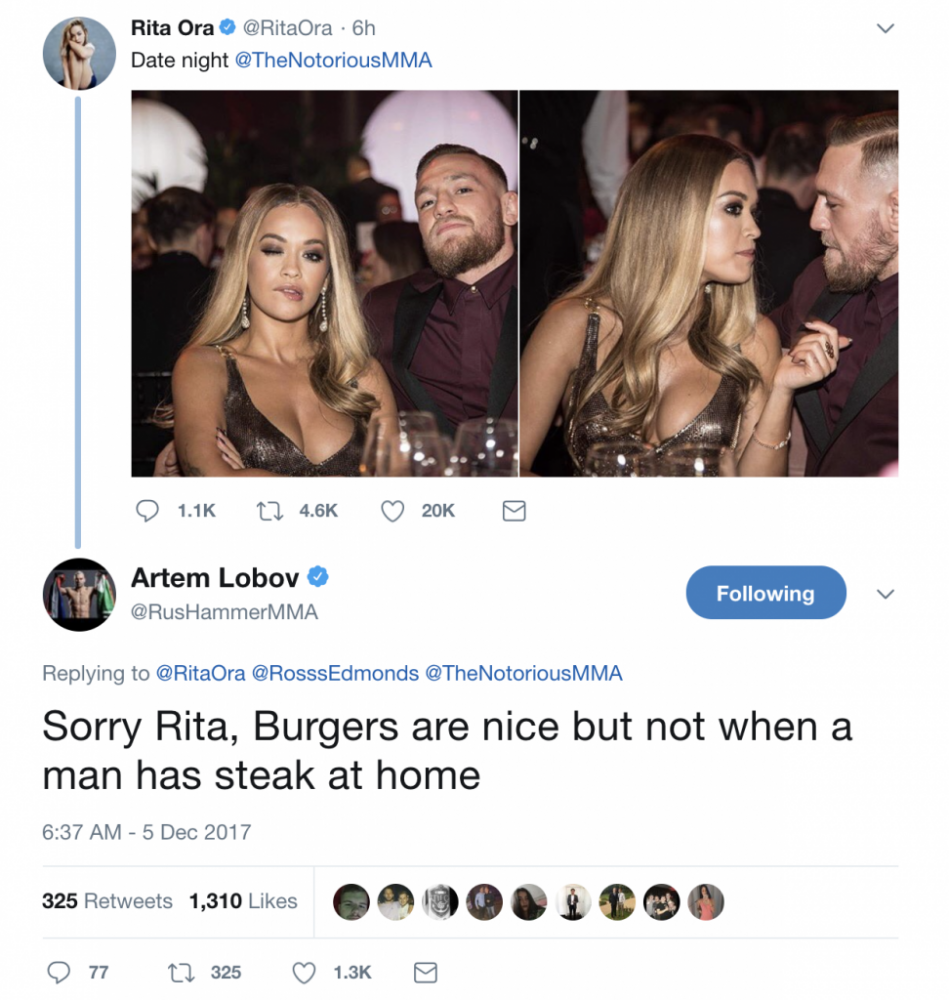 Needless to say because this is a screenshot, Lobov has now deleted the tweet although I’m not really sure why as the sentiment behind it is undoubtedly true. Anyway, Ora herself was quick to retract one of her posts too, deleting the ‘date night’ tag from her Instagram account, although curiously she left it on her Twitter.

Not really sure what’s going on there but it seems like Rita’s at least a little bit embarrassed about saying that about her night with Conor. She even posted up a picture alongside Donatella Versace with the comment ‘last night with my real date’, but it doesn’t seem to have stopped the anger emanating towards her in the slightest. I guess if you play with fire you’re gonna get burned.

I doubt more is going to happen with this story as it’s already proved pretty controversial for everyone involved, but I suppose all we’re gonna have to do is wait and see really. For more Rita Ora, check her out accidentally dropping her boobs on the One Show a couple of years ago. Stay classy.