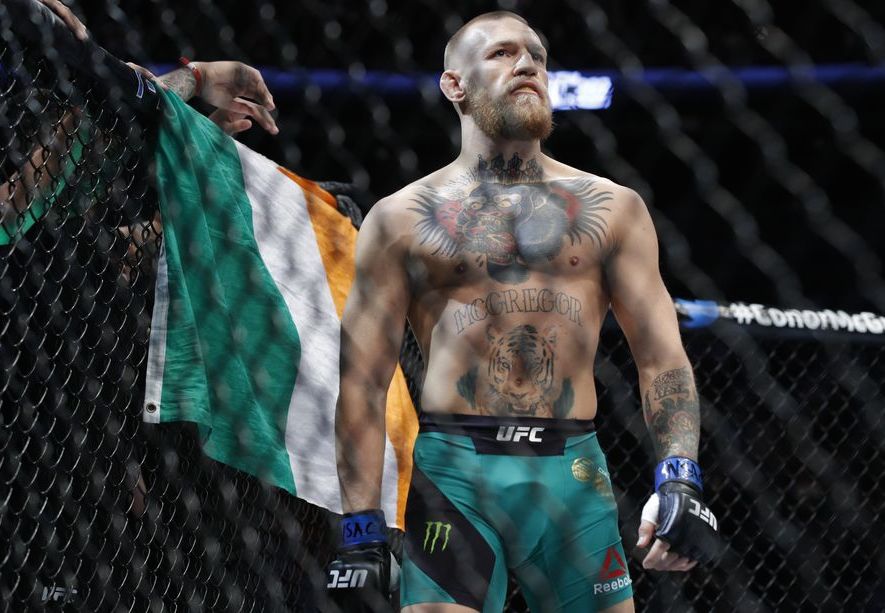 Not really that surprising.

The UFC is hitting Madison Square Garden on November 12th for their first ever event in New York City at UFC 205, so it makes sense that they would have their biggest name Conor McGregor headlining the card.

For a long time McGregor’s opponent was rumoured to be lightweight champion Eddie Alvarez, but last week Dana White came out and said that fight wouldn’t be happening, and it was thought that Conor would instead defend his featherweight title against current interim title holder Jose Aldo. Turns out that was a complete swerve, as White announced that McGregor would be fighting Alvarez last night in the main event of the night on November 12th.

In addition to this, McGregor won’t relinquish the featherweight title either and so the bout will be a champion vs champion match, making the stakes even higher for McGregor as he seeks to become the first ever double UFC champion. Big.

Of course this means that Aldo is without an opponent and is probably majorly pissed off about the fact he still hasn’t got a rematch with McGregor, and the undefeated Khabib Nurmagomedov is probably pretty ticked off as he had even signed an agreement to face Alvarez at UFC 205 or 206 but is getting kicked to the kerb so that McGregor can have a shot either. Alvarez blatantly preferred the McGregor fight, as not only does he reckon he can completely and utterly batter him, but it’ll also make him a shitload more money. Can’t really blame him I suppose.

UFC 205 now current has three championship fights, with Tyron Woodley vs. Stephen Thompson facing off for the welterweight title; and Joanna Jedrzejcyzk vs. Karolina Kowalkiewicz going at it for the strawweight belt. Can’t wait.