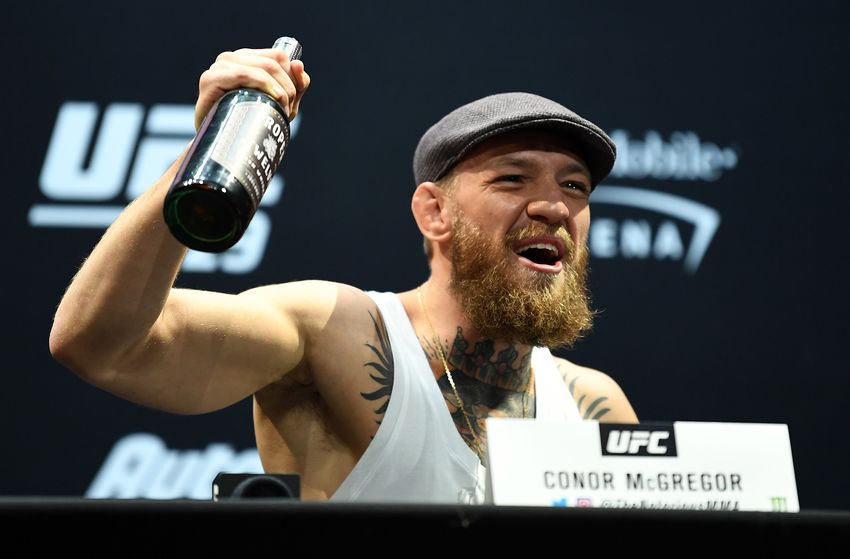 The biggest fight in UFC history is going down on Saturday night when Conor McGregor returns to the octagon to face off against Khabib Nurmagomedov and as with any event involving McGregor the hype in the build up towards it has been gathering momentum ever since it was announced.

You thought that it was all going to explode last night at the final press conference for the fight, but the pair kept us on tenterhooks even longer when Conor decided to show up late and Khabib did the press conference without him in somewhat of a rogue move. He actually finished it before Conor even arrived, so the pair never came face to face extending the tension between them even longer until today’s weigh ins.

Nevertheless, there were still some choice moments and lines from the event which you can see below:

Yeah that was a bit of a non event but I suppose both fighters gave a good account of themselves and whet our appetite for them coming face to face tonight at weigh ins. Khabib did look a bit shook and frustrated like it’s all getting to him though, just saying. Reckon he’ll probably get knocked out in the second round like so many before him. See you 5am Sunday morning.

For more Conor McGregor, check out this leaked footage from his first ever fight. Guy was a beast even back then.