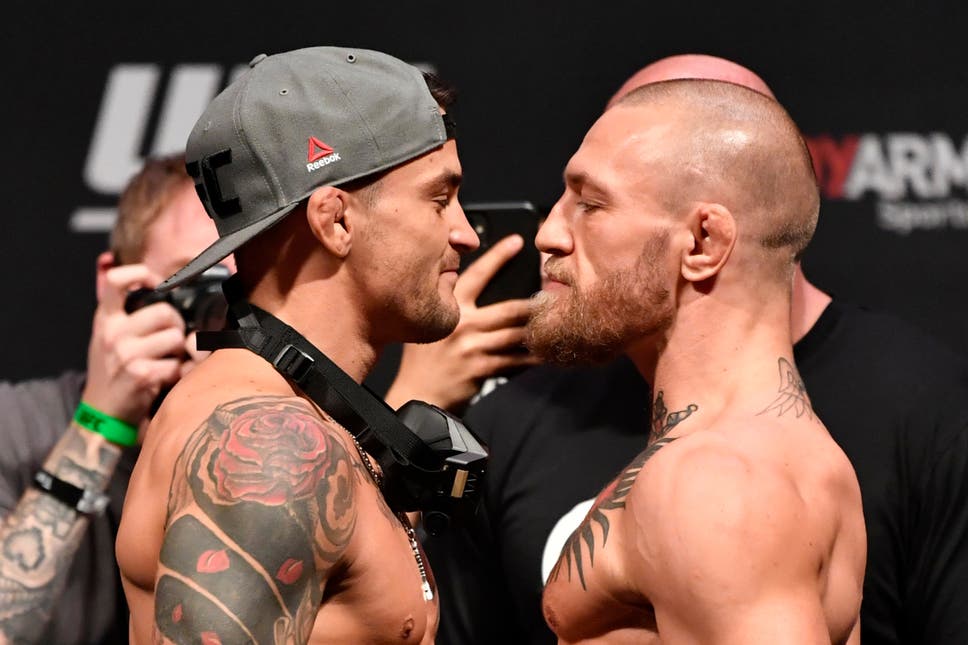 I kinda forgot that Conor McGregor was fighting Dustin Poirier on Saturday night with all the hype surrounding the European Championships right now and it seems like Conor McGregor might be worried about his buy rate too as he’s resorting to desperate measures to try and get people interested in the fight.

McGregor has been uncharacteristically respectful in the buildup to his last two fights with Donald Cerrone and Poirier and hasn’t employed the trash talk that he’s been known for in the past. Seems like that’s out of the window now after Poirier knocked him out though, as he just posted up a screenshot on his Twitter account of what looks like Poirier’s wife sending him a DM on Instagram:

Hmmm. Fairly sure that Conore could have just opened up a message to her on Instagram himself without anyone sending anything and he would still get that screen, so I’m not really sure why everyone is saying that they’ve been DMing each other. That’s right isn’t it?

However, it’s pretty weird banter and kinda disrespectful from Conor to start cracking onto his wife when she really doesn’t have anything to do with it at all. That’s only gonna wanna make Dustin punch his lights out again even harder. I guess that’s Conor’s plan though isn’t it? Maybe I’m a bit more interested in watching this fight now. Just when I thought I was out.

For more of the same, check out Conor McGregor’s $2.2 million watch with a secret sex compartment. What the hell is that about?