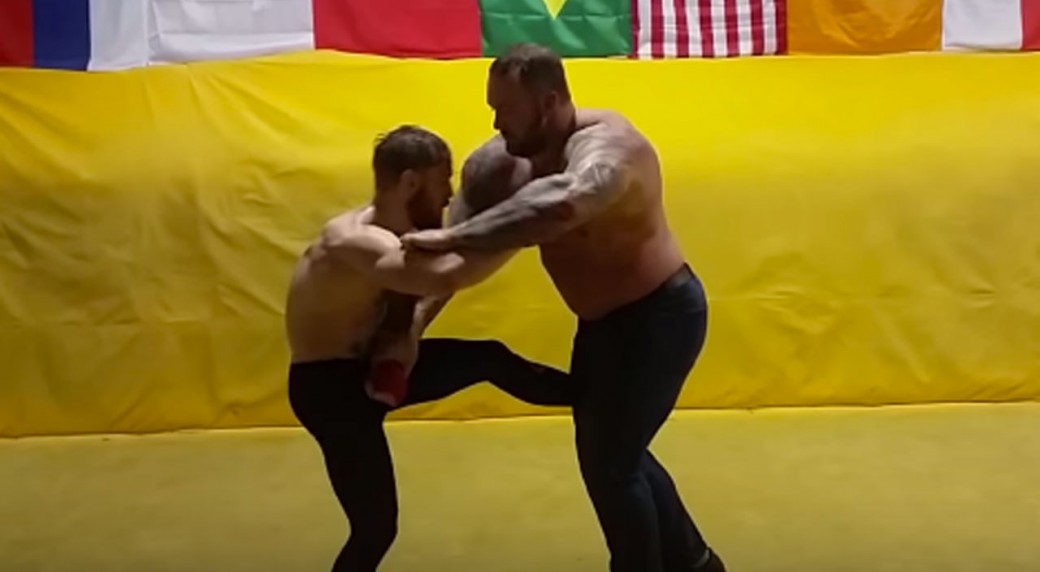 Realistically, who wins this in a real life showdown to the death?

I don’t know what actual fighting credentials The Mountain has, but I guess when you’re a 6’9” monstrosity you don’t have to worry too much when the time comes to throw down.

Conor McGregor, meanwhile, has an 18-2 lifetime record and is probably the cockiest, most exciting fighter in MMA right now. Obviously his team is keeping him on his toes by putting him up against The Mountain in this recent sparring session:

Part of me thinks that technical ability and MMA expertise would somehow triumph over the pure, brute raw strength, but then I remember this guy crushing Oberyn Martel’s head like a grape in Game of Thrones and you wonder whether he might have it in him to do that in real life too.

Then again, he did get very publicly beaten in an arm wrestle by a dude half his size the other month.