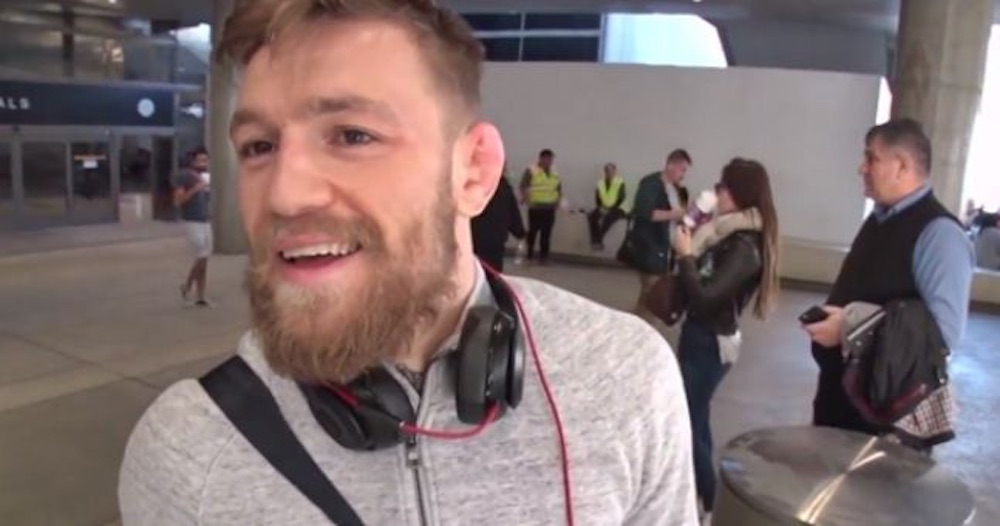 Obviously the outspoken MMA fighter had something to say to Trump.

Conor McGregor was flying into LAX yesterday when he was accosted by a reporter for TMZ and asked about his opinion on the Ronda Rousey Holly Holm fight from last week.

Obviously the outspoken MMA fighter had an opinion on this but he remained respectful towards Ronda and actually gave her some pretty good advice. However, when the reporter mentioned that Donald Trump had been wading into the debate, Conor changed tact completely and just went off one about the Presidential hopeful.

Check out what he had to say below: