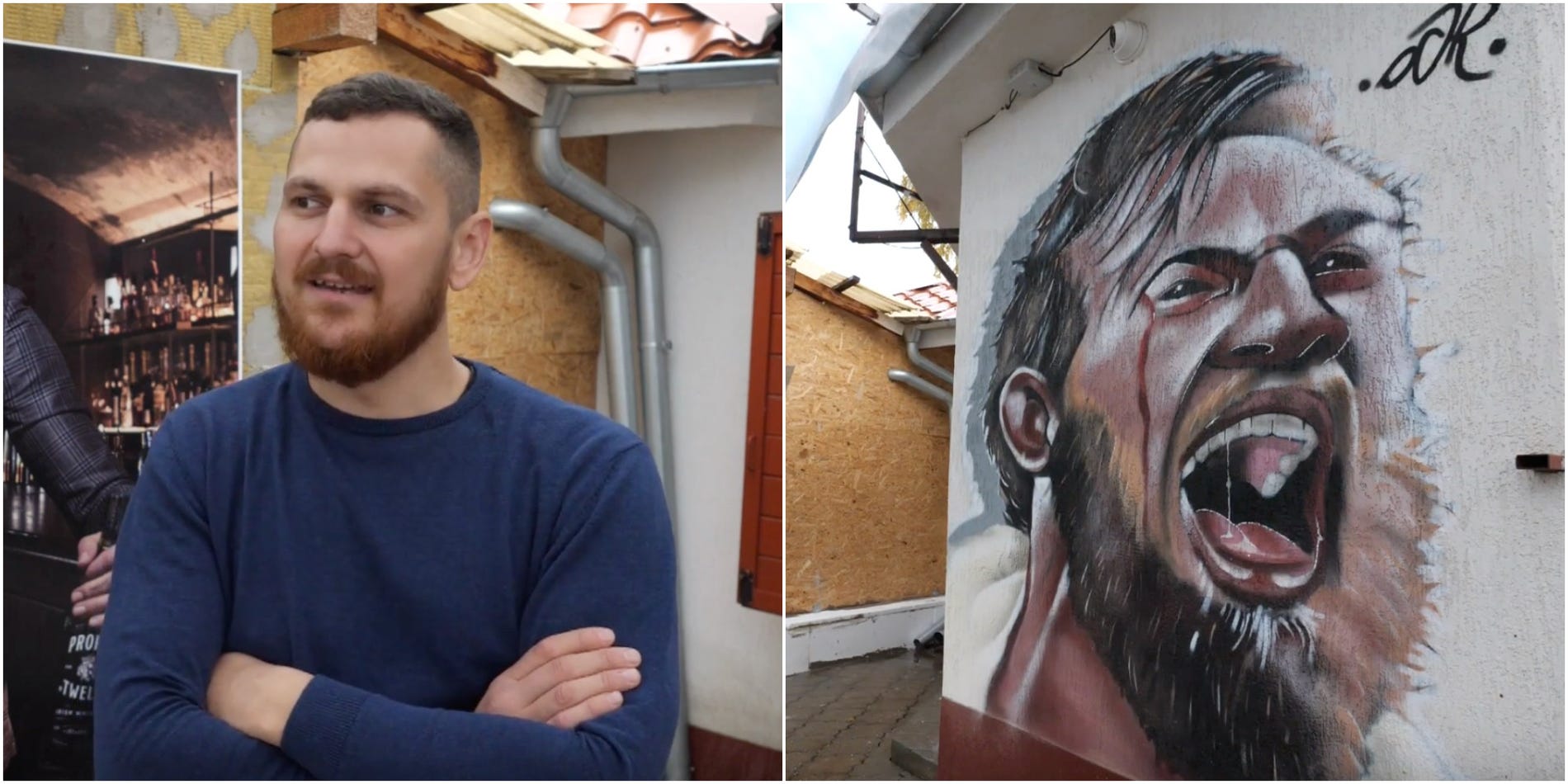 Conor McGregor might be one of the most recognised athletes in the world right now, but I don’t think that means that we need a themed restaurant to be opened up in his honour.

Nevertheless, a guy named Mikuas Gerenyi from Slovakia has decided to open up one of these and to say it looks less than impressive would be somewhat of an understatement. The restaurant is located in what looks like a dilapidated car park in front of a run down house in the town of Cierna nad Tisou and features a bunch of Conor McGregor pictures on the wall and also serves the guy’s Proper 12 Whiskey.

Apparently the owner is a bit of a McGregor lookalike too and also regularly copies his patented walk when serving you food as well. What more could you ask for in a McGregor themed restaurant?

Take a look at a short documentary about it below, with even Conor McGregor himself giving the place a shout out:

First place in the world named after the king of UFC

Slovak Conor McGregor lookalike opens a restaurant in honor of the UFC star.

Do you see the resemblance? @thenotoriousmma pic.twitter.com/iq246fWMcZ

Kinda a cringy video here isn’t it, especially using Notorious B.I.G. as the backing track. Never think it’s that good a look when people literally worship someone so much they spend their entire life trying to be that person and this is another example of that. Just kinda weird isn’t it.

Looking at the actual restaurant though, if you take away the fact it kind of looks like it’s located in what looks like a shed at the bottom of the ripped up garden of someone’s destitute mansion (and is about the same size as that as well) I guess it isn’t that bad? Most places in rural Slovakia probably look like that anyway so there’s not really that much the guy can do about it I suppose?

The murals look of a fairly decent quality and the food actually looked pretty nice for the brief amount of time we were able to see it, but unfortunately I can’t see even the biggest McGregor stans flying out to eat there. Hope that Gerenyi eventually gets to meet the man himself though – shouldn’t be that difficult as he ‘knows’ it’s going to happen one day. Sure.

For more of the same, check out Conor McGregor’s recent DNA test. Is he the father?