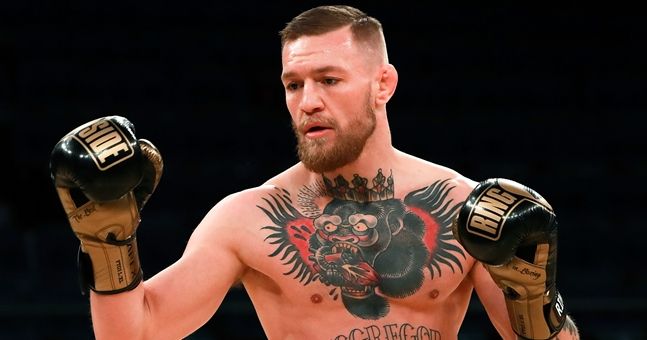 Not looking good for the Irishman.

Conor McGregor is already a massive underdog heading into his super fight against Floyd Mayweather and the news coming out of his training camp isn’t looking that good either, as there are already reports that he’s been knocked out cold during a sparring session.

The claim was made by former two weight world champion Jessie Vargas, who stated that the man scoring the knockout was Essex-based MMA fighter Bradley Wheeler:

I heard that they tried Bradley Wheeler but he knocked him out.

He got knocked out in sparring already, man!

The boxing world is small, it’s a small circle.

I’m looking forward to Floyd coming out with a victory by knockout in six, seven rounds. I have no doubt. I actually want to put some money on it. It’s a 99 per cent win.

Well, there’s no confirmation if this is true or not but it’s certainly something to think about isn’t it? There’s no real reason why Vargas would lie about that is there because there’s not exactly anything he can gain from that, although it is well known that the majority of boxers are backing Mayweather as they’re not exactly happy about an outsider coming in and securing the biggest pay day in the history of the sport on his debut.

Whether it’s true or not though it’s all coming together in the hype for the fight of the century on August 26th – if you need any more  hype then just watch this trailer. Got me all excited.