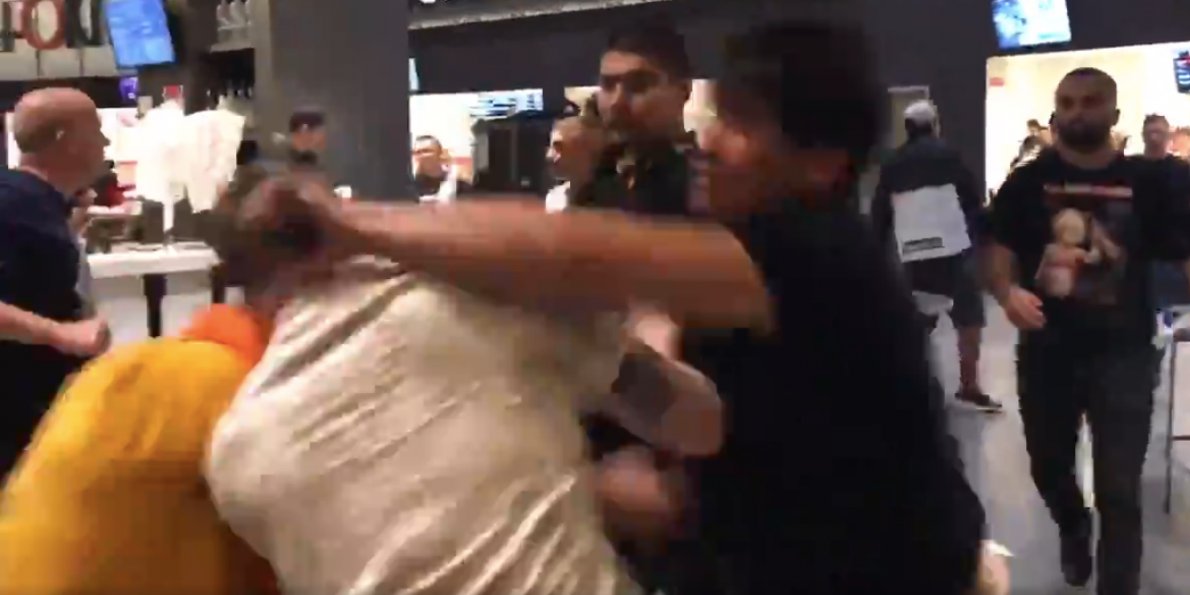 The world is still reeling from the biggest UFC fight of all time on Saturday night between Conor McGregor and Khabib, or more specifically the aftermath where Khabib and his crew legitimately assaulted Conor’s entourage outside and inside the cage.

It was a pretty insane spectacle and one that has apparently set back the sport of MMA by a good 20 years. The consequences are as of yet unclear for Khabib, but it seems like his and Conor’s fans are both taking a leaf out of the books of their idols and legitimately hate each other judging by the video below.

It seems to be taken from an airport the day after the fight as both sets of fans start taunting each other and then end up in a serious ruckus:

Dude got completely KOed and owned there, kinda like Conor McGregor on Saturday. Still not really cool that these idiots are fighting each other though. I mean I know it’s an MMA fight but just because you’ve watched it a bit doesn’t make you an expert in MMA, as you can see from most of their performances there.

Also I suppose I should probably point out that there’s nothing about this really to suggest they’re actually Conor McGregor and Khabib fans fighting each other because they never actually mention either of them so it could just be some old video that’s doing the round to capitalise on that, in which case I apologise for bringing it to your attention. Couple of cool bits I really enjoyed were when the Irish guy just slips over on his ass and when a fat bald guy who looks a bit like Dana White tries to break it up. Pretty fitting considering what went down on Saturday night.

For more of the same, check out this fight between an Irishman and a whole crowd of Turks. This time the Irish guy wins though.