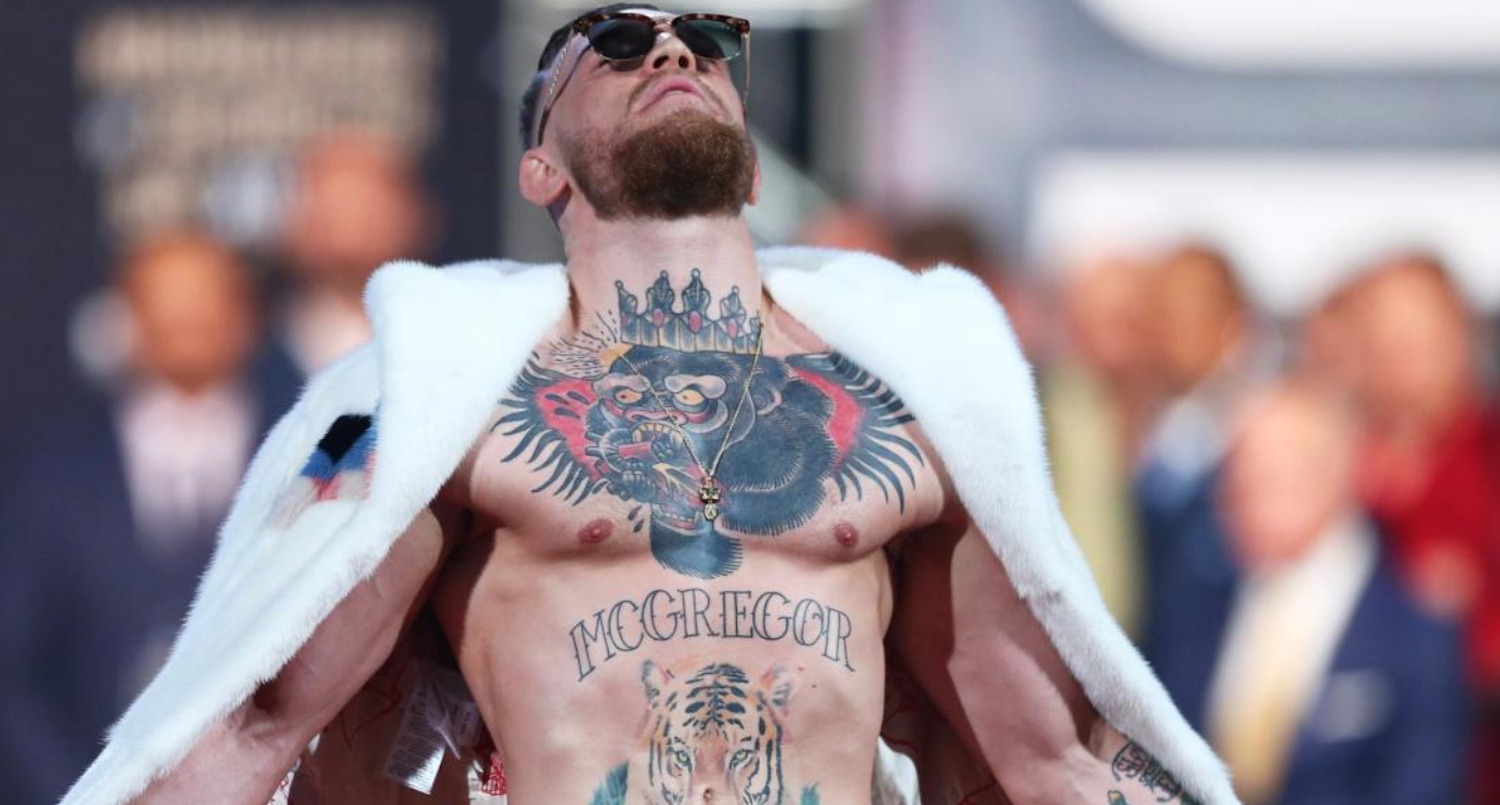 The Conor McGregor/Floyd Mayweather world tour has been a whirlwind of ridiculous comments and events the past couple of days and it shows no sign of stopping as it enters the final stretch today with a stop off at Wembley arena.

Last night though, we were in New York and Conor McGregor decided to address one of the more controversial statements he’s made so far which he’s been accused of racism over. Earlier in the junket, he had told Floyd Mayweather to dance and called him ‘boy’, which many felt had racist overtones.

Obviously, Conor McGregor was going to answer these accusations in typical Conor McGregor fashion, and that’s exactly what he did with the following comments:

Classic, although it didn’t sound like it went down that well from the reaction of the crowd. Absolutely killer line though – I wonder if he spends time writing this stuff or it just comes to him in the moment?

Other highlights of the press conference included Floyd Mayweather throwing $50,000 all over Conor McGregor to show him how much money he has after Conor dissed him on Wednesday for showing up with a backpack with hardly any money in. Yes, that is something that happened and a sentence I just typed.

You can see that highlight below and the full press conference below that if you’ve got another two and a half hours spare:

Been a real mixed bag these press conference on who has got the upper hand in them, but nobody can deny that they haven’t been entertaining and haven’t served their purpose hyping up the biggest fight in history. Still can’t actually believe it’s happening.

If you need to get even more hyped about the fight, check out this trailer. Gonna be epic.