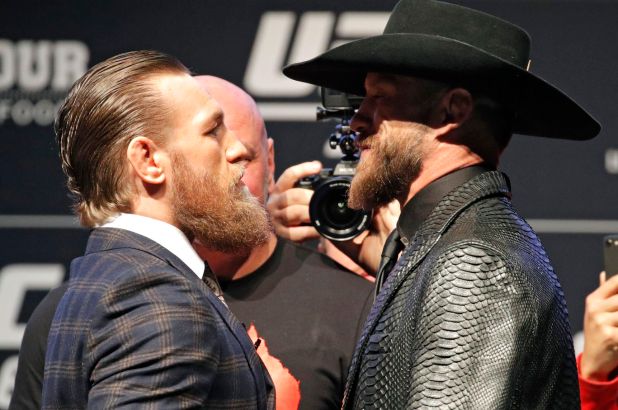 If there’s one thing the UFC  knows how to do properly it’s hype videos, and this one hyping up Conor McGregor Vs ‘Cowboy’ Donald Cerrone this weekend will have you getting up off your sofa and slamming yourself through the wall.

Dana White suggests this video is the intro to the PPV on Saturday, and it’s actually quality:

HOLY FUCKIN SHIT!!!!!!!!!! Sorry… yes I had to share this early. If this doesn’t fire u up NOTHING will pic.twitter.com/JHms65a6kd

Incredible! The song choices, the knockouts, the edits! There’s been a feeling from what I’ve seen that a lot of people don’t think this fight has the big fight feel of Conor McGregor’s last UFC appearances, but even if you were completely new to the UFC I think this video would have you gassed. 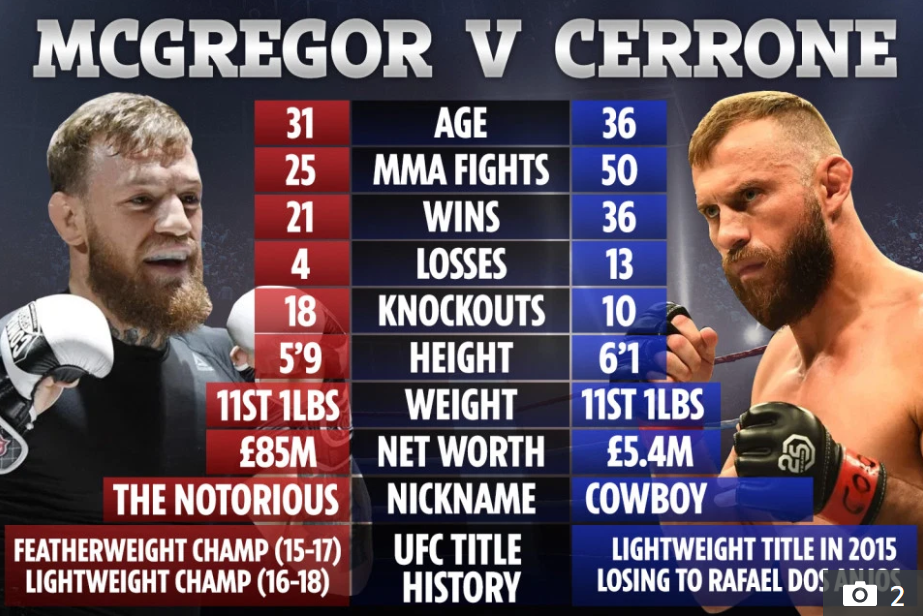 Can’t wait to see how it plays out this Saturday (or Sunday for the UK – the main card starts at 3am on BT Sport Box Office and McGregor/Cerrone should be on around 6am. Bit unfair but what can you do?).

Here’s the rest of the main card:

The other day ‘Cowboy’ Cerrone shared his game plan during an interview – but was it just a bluff?