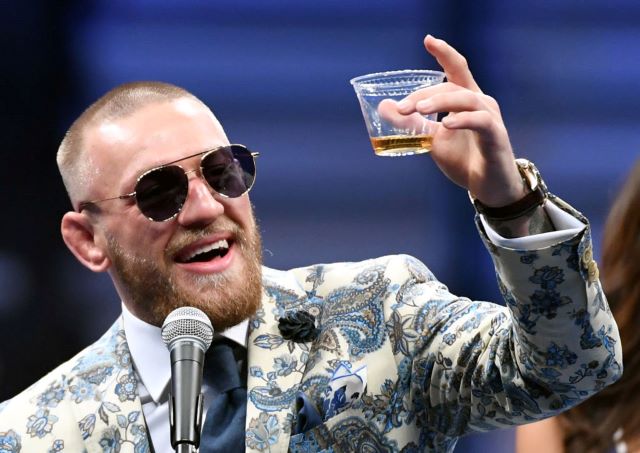 He’s also barred the old man he punched in the face.

Remember back in 2019 when Conor McGregor punched an old man in the face at a bar in Ireland because he refused to take a shot of his Proper Twelve whiskey?

Well, Irish news site The Currency is now reporting that Conor McGregor is in the process of purchasing the Marble Arch bar, and The Notorious confirmed the news himself on Twitter while also stating his first act as new landlord would be to ban the old man he punched:

Ye and your mans barred https://t.co/aVM5mcIA3F

I suppose you’ve got to admire the cheekiness of it. I fully believe Conor McGregor has bought this pub purely to bar the old man he punched because that incident has been such a stain on his career since it happened. People bring it up all the time! Which isn’t too shocking, because you shouldn’t be punching old dudes in bars when you’re Conor McGregor of all people. Maybe he could employ the geezer as doorman instead? Seems like he can take a punch.