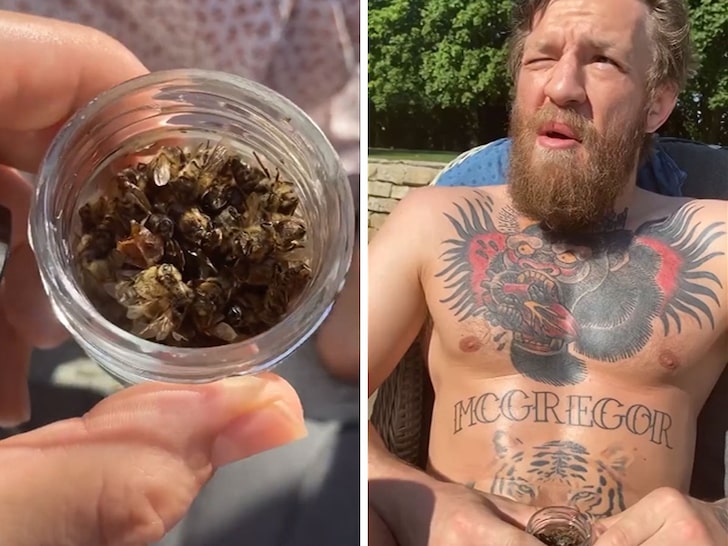 I’ve got no idea why Conor McGregor would spill a jar of bees all over himself before actually chowing down on them like macadamia nuts, but the video of it happening is pretty wild.

I guess it’s one way to weird out his opponents ahead of his inevitable return to the UFC:

Conor McGregor just spilled a buncha bees all over himself

O…K then. Maybe eating bees is part of Conor’s new health regime (high in protein), maybe he lost a bet, or maybe they’re psychedelic bees and Conor is about to trip balls into a new dimension. No one seems to know exactly why he did this, but at the same time it doesn’t look like he enjoyed the experience very much.

So yeah, no idea what Conor McGregor has got himself into here but let’s hope Dana White gets this man a fight ASAP before he completely loses his mind in quarantine. Hopefully the rumoured superfight against Anderson Silva? Either way – no more bees for Conor!