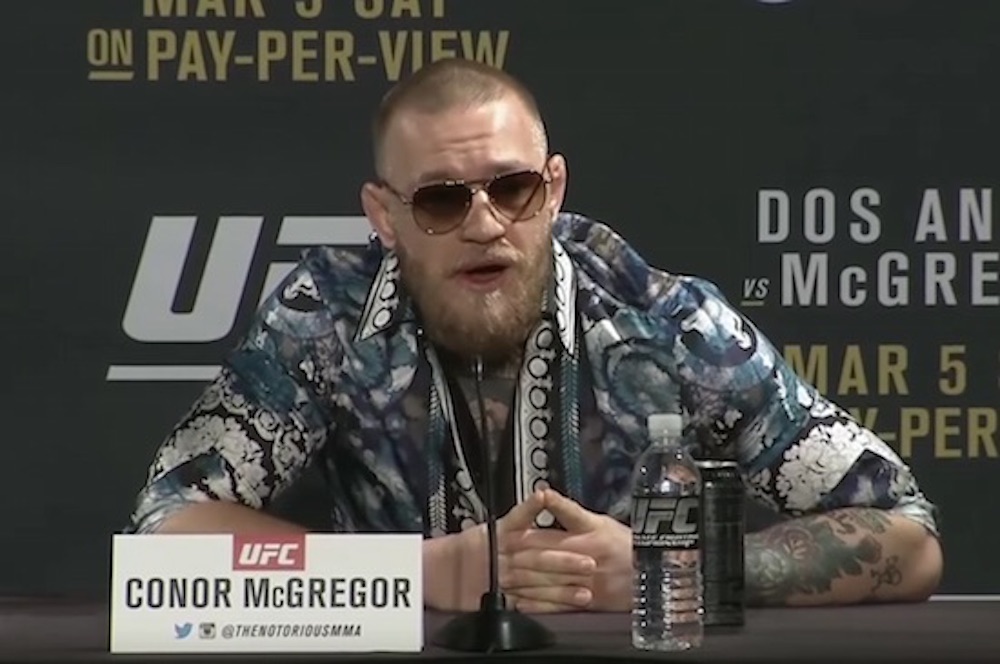 The hype for UFC 197 is starting to come thick and fast and as you might expect Conor McGregor is in full on trash talk mode as he seeks to psyche his opponent Rafael Dos Anjos out before the big fight on March 5th.

He unleashes some absolutely brutal disses on the man from Brazil, dissing his heritage, his kids, his way of life and his fighting ability and pretty much his entire life. Ouch.

Classic Conor McGregor trash talk. I suppose you do have to feel a little sorry there for Rafael as Conor pretty much completely and utterly destroys his entire life there and doesn’t let him get a word in edgeways, and even when he does say something he’s so hesitant and unconfident he just looks stupid. I guess that’s what you get when you decide to go up against McGregor though.

We’ll see how he fares when the two enter the Octagon on March 5th, in an event where the card is looking super stacked.