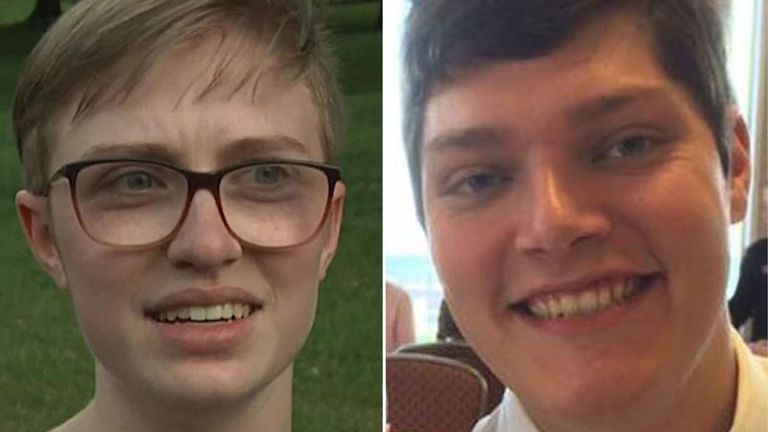 Just a bit of a red flag.

An ex-girlfriend of Connor Betts, the man who went on a shooting rampage outside a bar in Dayton, Ohio, wrote an article for Medium this week titled ‘My Ex-Boyfriend Was The Dayton Shooter‘. She recounts the incidents that, in hindsight, were giant red flags for the sort of behaviour he was capable of.

Caitlyn “Adelia” Johnson, 24, explains how they met in a psychology class at uni in January 2019 and bonded over ‘depression humour’ and their struggles with mental illness; she with depression, anxiety and ADD, and he with bipolar and obsessive-compulsive disorder.

When he started joking about his dark thoughts, I understood. Dark thoughts for someone with a mental illness are just a symptom that we have to learn how to manage. Joking about wanting to hurt people was just heard as, “I have uncomfortable thoughts that are inappropriate to express, but I need to joke about them otherwise they’re too scary and real.

At first, she found him “kind of charming” and intelligent and was impressed at how easily he could strike up a conversation with anyone. But when they went on their first official date, that’s when the red flags started to show. 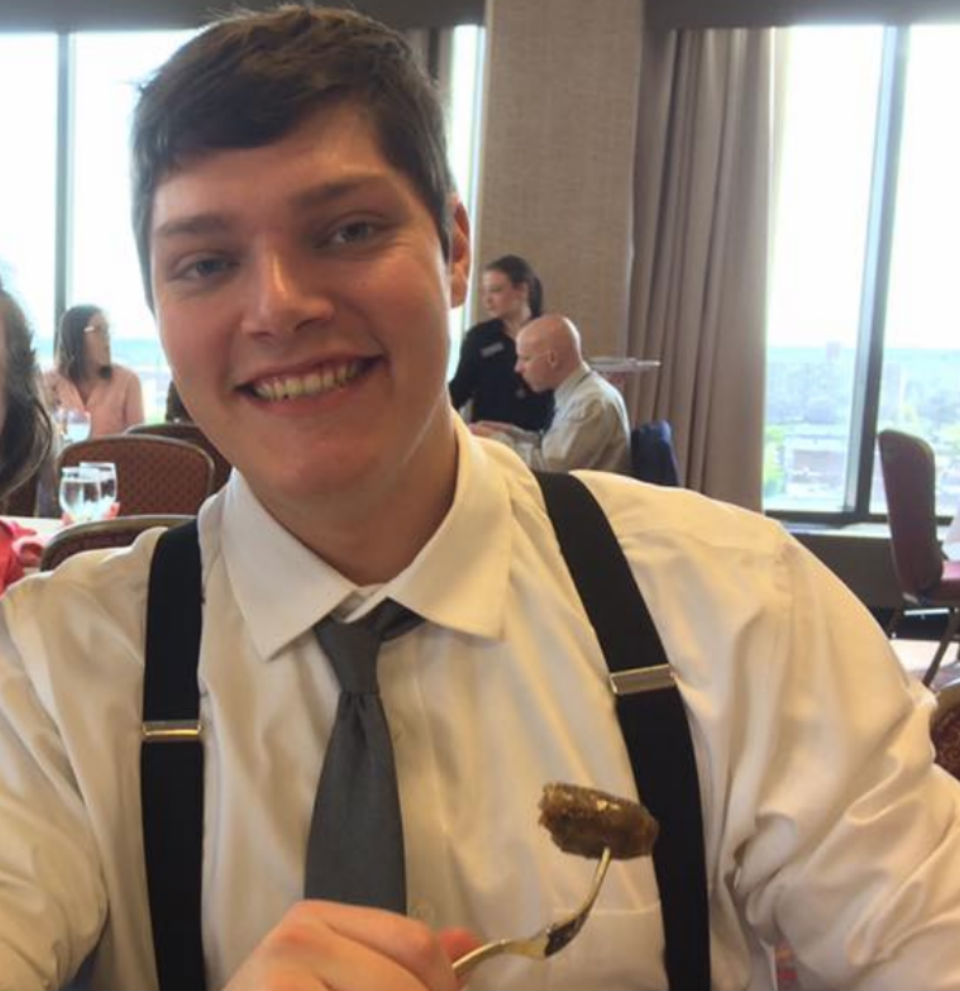 Imagine this – you’re on a first date with a girl you really like, you’re a couple drinks in and everything is going well. What’s your next move? Whip out your phone and show her a video of a horrific mass shooting, of course:

A couple of drinks later, Connor asked me if I saw the video of the synagogue shooting. As someone who makes a point to never watch those videos, I hadn’t. So, he pulled out his phone and I was too drunk to care that I was watching it. Thankfully the bar was too loud for me to hear what was going on. Connor gave me the play-by-play of what was happening. Even then, I did realize that that was a weird thing for a first date, but not too weird given the context of our class.

She put it down to him being a psychology student:

A psychology student being fascinated in the horrors of humans is not an abnormal thing. It weirded me out because it was definitely not my focus on psychology, but it wasn’t a weird thing in general.

She moved on from it and the relationship progressed from there. However, she received a phone call from him in March 2019 which turned out to be another massive red flag:

There was one night in March or April that he called me. He was out in Illinois playing a gig with his metal band, Menstrual Munchies, and he got super drunk. Most of the time I couldn’t understand what he was saying. Connor was naturally a mumbler with a low voice, but then to add drunk slurring on top of it definitely made it a struggle to understand him. I did catch bits and pieces among his topic jumping that he wanted to hurt a lot of people. He didn’t have any specific plans. I wrote it off as being a sad, drunk man who was afflicted by unchecked symptoms of mental illness. Under normal, sober circumstances, I didn’t believe he would feel like that.

Drunk-calling about your desires to hurt a lot of people? Again, bit weird. But again Adelia put it down to him being a bit of a weirdo psychology student.

BTW, his band ‘Menstrual Munchies’ was a “pornogrind” metal band, a genre defined by its explicit subject matter and themes of gore and violence, specifically sexual violence and necrophilia. So there’s that too. 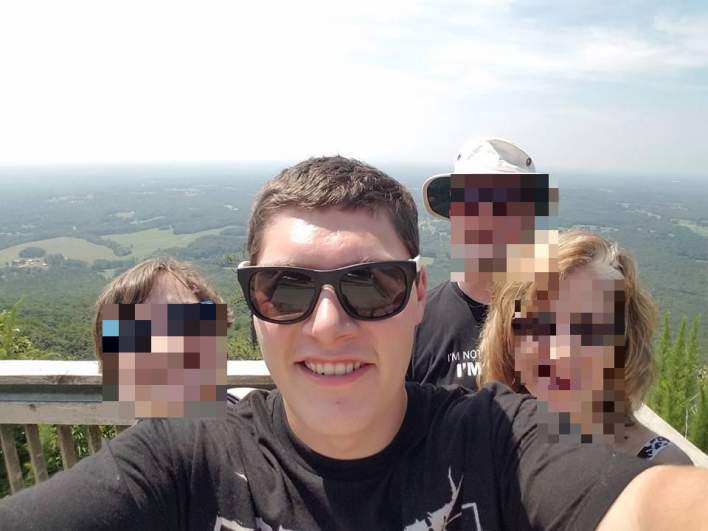 The next incident, in May 2019, was the final straw for Adelia who decided to end their relationship over Connor’s bizarre plan to post a creepy letter to his ex-girlfriend who had moved into the area (which he knew from stalking her photos on Facebook):

The next red flag was the letter. We had plans to go grab lunch one day, and he asked if he could drop off a letter to one of his friends that had just moved into town. I said sure, that’s sweet. When we drove by the house, though, there was someone working in the yard outside. He pouted and said he wanted the letter to be a surprise. So, I suggested that we come back after lunch. And that’s what we did. Sure enough, there was still someone outside. I told him to just deliver it anyway, but he got frustrated. When I pushed the subject further he told me that that was his ex-girlfriend’s house that he found through a picture on her Facebook.

Then I asked to read the letter. I don’t remember the exact words, but it was something to the effect of “Welcome to the neighborhood. You can’t outrun your past. Signed, Your Neighbor.” I asked him about that, about if he knew how messed up that was. He tried to downplay it as a joke. But I knew it wasn’t, so I pushed further. He admitted that sometimes he got uncontrollable urges to do things. The only other example of those urges that I remember is burning down an abandoned building with his friends. He told me that he always felt terrible afterward. I took that opportunity to try and show him a coping method. We pulled into a parking lot, jammed the letter in a hole under a parking block, and lit the letter on fire, watching it to make sure the pieces didn’t fly off and start a wildfire.

I knew then that I had to break things off with him, but I waited a few days to cool off.

Adelia even called Connor’s mum and explained to him what happened and why she had broken up with him, which is a pretty decent thing to do.

About two months later, Connor walked into that bar in Dayton, Ohio and murdered 9 people – including his own sister – and injured a further 27. He did all that damage in 30 seconds before police showed up and shot him dead.

On the moment she realised her ex-boyfriend had committed the mass shooting:

I got a text from one of my old classmates from the class Connor and I shared. She asked if Connor was the shooter. I thought, “What a weird question to ask.” Then my boyfriend Googled it. They had released the shooter’s name and his name was Connor Betts. Everything just stopped. I went numb. Then I started crying and I still didn’t have any feelings. I grabbed my phone. I needed answers. Google. It couldn’t have been Connor. Connor Betts isn’t a popular name, but it couldn’t have been him. 24-year-old from Bellbrook. It was him. 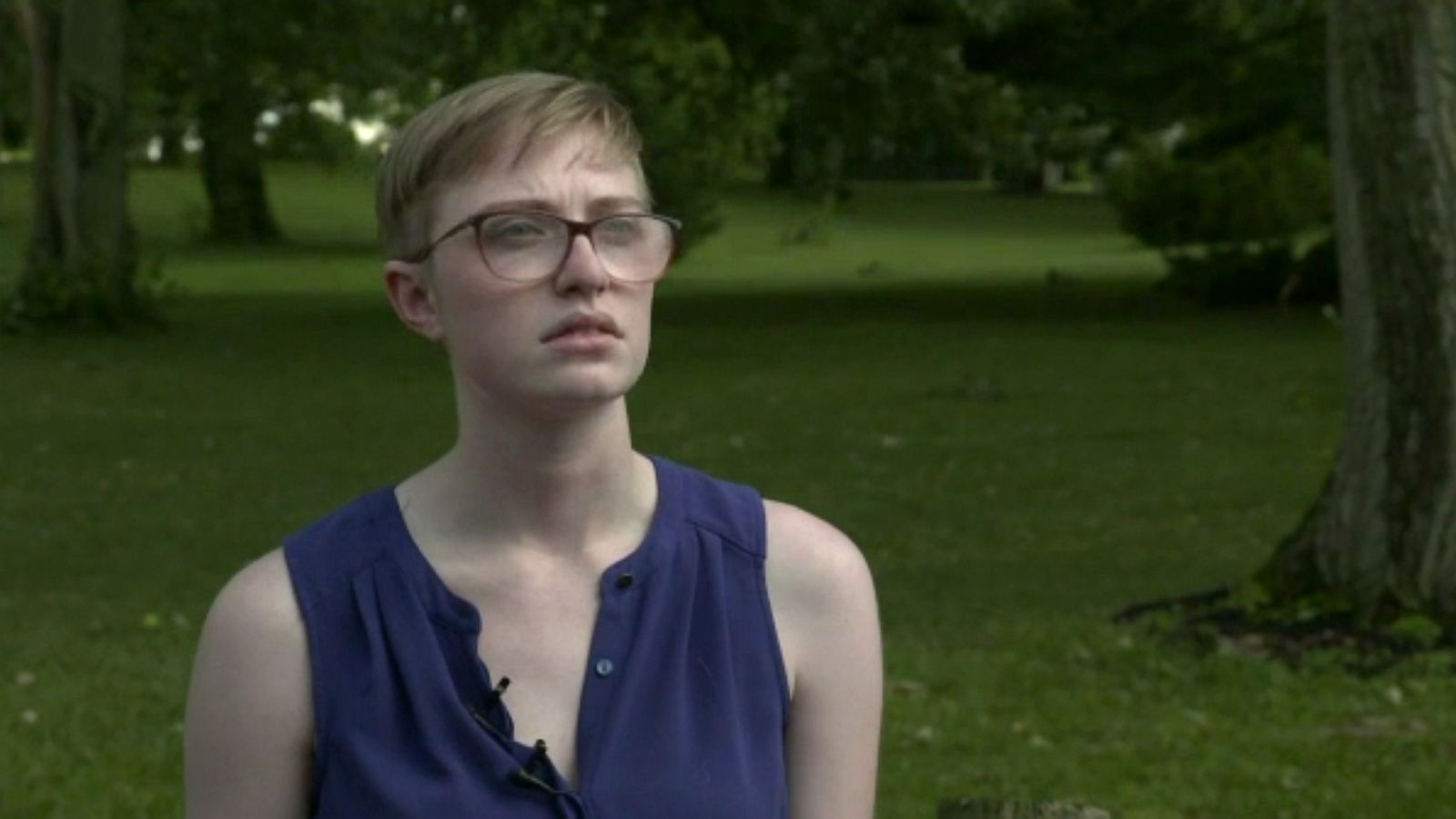 You can read Adelia’s article in full HERE – needless to say it was and still is a real shocker for her. Obviously hindsight being 20/20 she can now appreciate the red flags just as well as anyone else reading this can, but then I guess there are plenty of weirdos out there who will exhibit this sort of behaviour that will never go on to commit a mass shooting or even harm a single person in their lives.

She wasn’t to know that Connor Betts was a ticking time bomb, but it still must absolutely suck for her to think (wrongly) that she could have said or done something to prevent his actions.