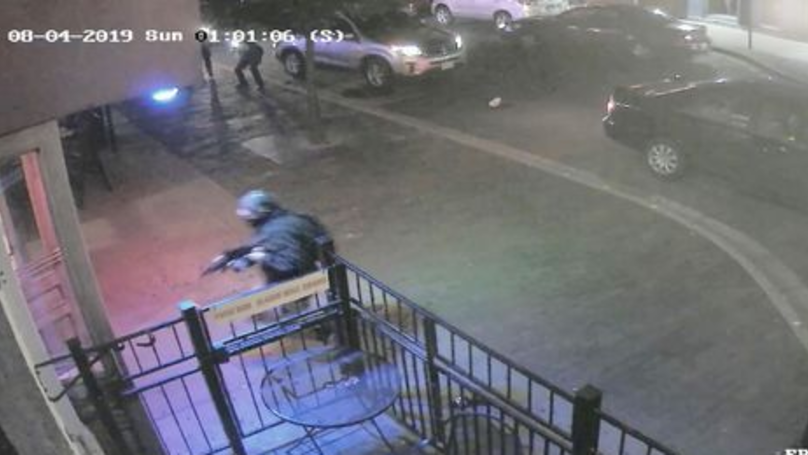 The Dayton, Ohio shooter has been identified as 24 year old Connor Betts, who was responsible for murdering nine people and leaving another 16 injured in the Oregon District of the city after he opened fire at Ned Pepper’s bar on Saturday night. Fortunately he was shot dead by police before anyone further could be injured and for some reason the Dayton Police Department has decided to release footage of this.

It’s pretty distressing stuff as a whole bunch of people are running away screaming from Betts before he’s shot by police, so obviously if something like that is going to upset you then don’t bother watching it:

Yeah that’s pretty grim but you can’t say that Betts didn’t deserve it. Chances are if the officers hadn’t have opened fire on him then a whole lot more people would be dead so for once I’ve gotta commend the American officers for their use of deadly force. Wish that we could just stop talking about mass shootings in general though, but I doubt anyone is ever going to have to the balls to ban guns in America are they? Idiots.

For more of the same, check out this profile on the man who founded the incel community Elliott Rodger. What an absolute schmuck.