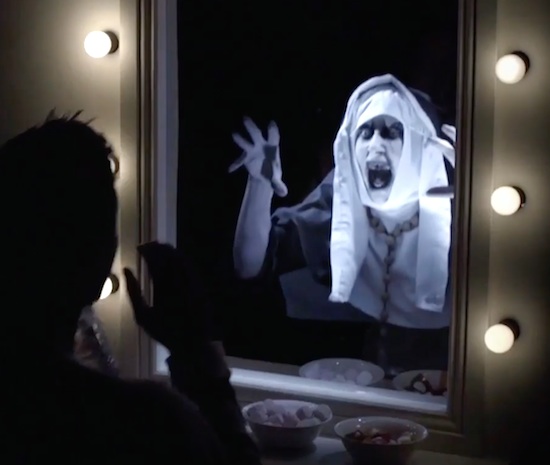 Too scary for real life.

The ‘Conjuring 2’ opened to rave reviews earlier this year and was actually genuinely terrifying. So much so that it became the highest grossing horror movie in Australian history somehow.

The movie is now being released on DVD and to celebrate and promote that fact, the team behind it decided to set up an absolutely terrifying prank on a bunch of people who had just watched it. The video below is fairly self explanatory so I’ll just let that do the talking:

Freaky huh? I don’t think they factored in that some people might try and fight back. That bottle to the face looked savage.

For more of these scary horror movie pranks, then check out this knife wielding Chucky doll terrorising the streets of Brazil. Probably more terrifying than this to be honest.