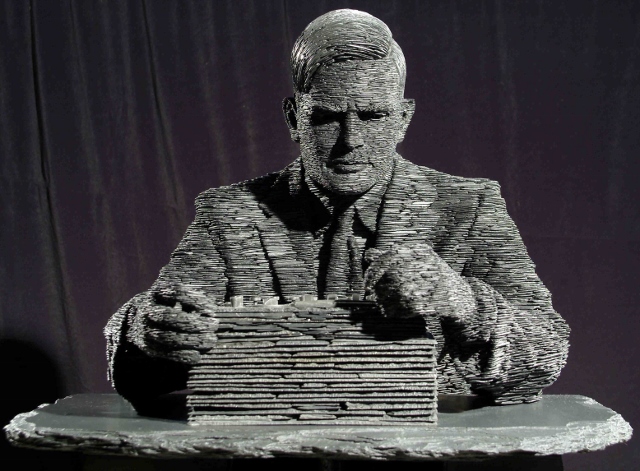 A â€˜super computerâ€™ that tricked scientists at the Royal Society in London into thinking itâ€™s a 13-year-old Ukrainian boy has become to first machine to pass the â€˜Turing Testâ€™.

A ‘super computer’ that tricked scientists at the Royal Society in London into thinking it’s a 13-year-old Ukrainian boy has become the first machine to pass the ‘Turing Test’, created by Alan Turing in the 1950s as a means of measuring a machine’s ability to exhibit intelligent behaviour, equivalent to that of a human being.

During the test the judges enter into a “natural language conversation” with the computer, which responds in an attempt to create the illusion of natural human response.

This particular bot, ‘Eugene Goostman’, managed to convince 33% of human interrogators that it was human (30% being the required amount to pass the test). Russian-born Vladimir Veselov and Ukrainian Eugene Demchenko created the 13 year old Ukrainian lad whose second language is English and in doing so made history in fooling the judges for the first time.

Naturally this is being praised as a huge technological breakthrough for Chatbots and lends further credence to the idea that we’ll one day be able to have full blown conversations with robots as though they were human beings.

â˜› More Robots: Robot Sex Is Going Mainstream – Will You Be Participating?

For me personally the idea that computers can pretend to be intelligent human life is pretty frightening. Let’s hope Arnie and Will Smith are still around for a long while eh?

You can have a go at talking to a similar chatbot named Alice HERE.