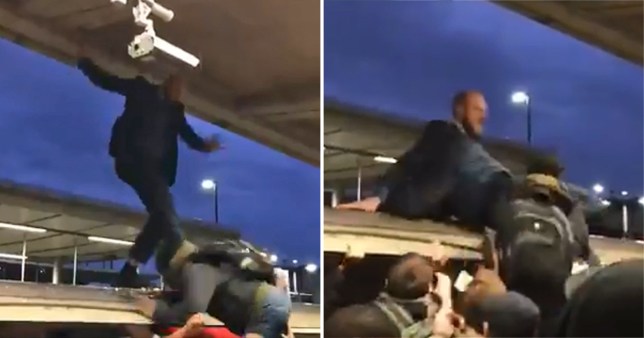 Police can’t do, but London commuters will.

Extinction Rebellion protesters are continuing their demonstrations today by disrupting four tube lines on the London Underground and generally being a massive nuisance to everyone trying to get to work.

Since the police don’t seem to be doing anything about it, London’s commuters decided to take matters into their own hands at Canning Town station earlier when a protester climbed on top of one of the carriages.

Shocking moment angry commuters drag two #ExtinctionRebellion protestors off the top of a train in Canning Town and attack them. pic.twitter.com/EZAMa9tT2t

Beautiful stuff. I mean it was bound to happen sooner or later wasn’t it? People are fed up with the ridiculous antics of XR which are doing nothing to win hearts and minds over to their cause (quite the opposite). Blocking roads in the middle of central London is one thing, messing with your typical London rush hour commuter at 7am is quite another.

For the man who was so determined to get a burger that he pushed climate change protesters out of the way, click HERE.