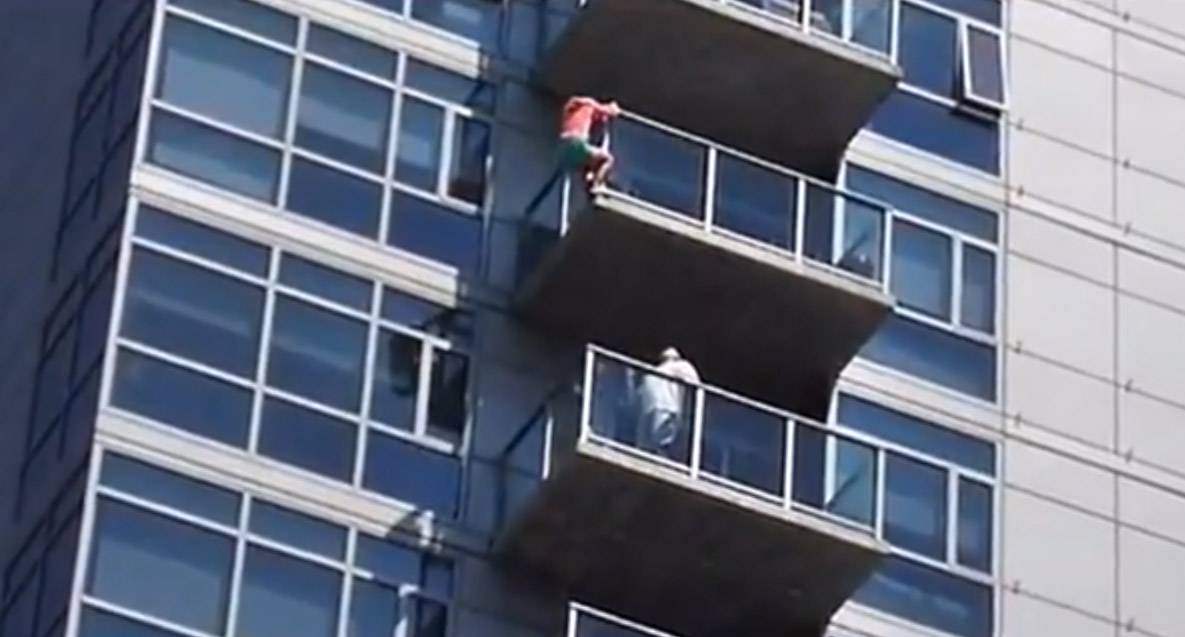 A woman contemplated suicide from her high-rise apartment outside Comic Con, and people at the convention thought the whole thing was a stunt.

As a woman climbed out onto her 14th-floor balcony outside the Comic Con convention in San Diego, the fans gathering outside were excited to see the promotional stunt for the upcoming Kick Ass 2 movie. But as the woman clung nervously to the railing, a couple hundred feet above the welcoming embrace of solid concrete, they slowly began to realise that this wasn’t a stunt. It was, in fact a distraught young woman who was suffering with the recent end of a relationship.

However, any plans that this young lady had to bring her life to an end were swiftly aborted by the quick thinking and incredibly fortunate timing of the actual stunt crew for the proposed Kick Ass stunt. Seeing the (apparently shitfaced) woman teetering above certain death, Amos Carver, Scott Sergeant and Scot Schecter raced up to her apartment. They then snuck up behind the girl, grabbed her like she was some sort of long lost relative, and attached a harness to stop her from trying any more jumpy bullshit. Seriously, that is a coincidence and a half.

Kick Ass 2 is out next month. If you’re waiting outside the cinema and you see someone climb over a balcony, chances are it’s not a promotional stunt. So bring your harness.