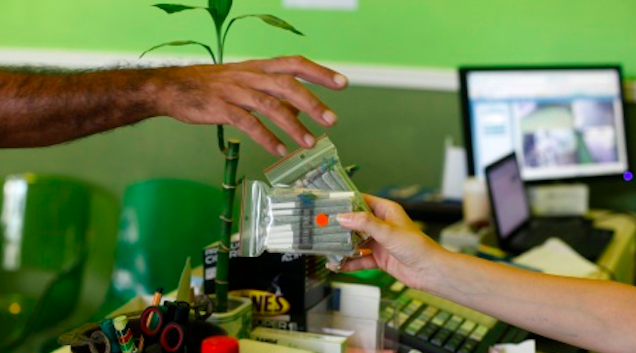 ‘Black Wednesday’ is the name given to the day when weed goes on sale legally in the State of Colorado. Ironically, police are worried that stoners could be too motivated to get some and cause chaos.

As you probably heard, following the Presidential election last November it was decided that both Washington State and Colorado would legally start to sell marijuana in the near future. Now, the time is almost upon us as recreational marijuana officially goes on sale on the 1st January 2014.

However, state officials are getting increasingly worried about the launch date, arguing that they may not be able to cope with the unprecedented demand and dubbing the event ‘Black Wednesday’ as they fear that it may lead to the kind of chaos usually associated with ‘Black Friday’.

The reason for this fear is that state officials don’t think that there will enough supply to cover the demand when the law officially goes into effect. Although over 100 weed stores have been approved by the Colorado government, only 12 will be in operation on January 1st at 8 a.m.

Denver councilman Charlie Brown – yes that is his real name and yes he does sound like a complete tool – stated: ‘If we have 10 stores open … we could have people camping out overnight with cash in their pocket. How is the industry, how is the police department going to work together?’ Charlie Brown’s concerns are mainly focussed on crowd control, but I can’t really see stoners starting a massive fight to get their hands on weed, can you? I mean it’s not like they’re not going to know somewhere else to get it are they, I mean they haven’t been doing that the entire time they’ve been stoners or anything have they?

I think this Charlie Brown guy and everyone who is worried about this is really overestimating the problem. What kind of a stoner is going to camp out on New Year’s Eve outside a store so they can buy more weed, when they could be chilling in their house smoking weed that they’ve got (perhaps for the last time) from their local drug dealer? I find it hard to believe that they would even be motivated enough to even GO to the store on January 1st after a big party night – it will probably be hard enough to decide which one of them inevitably orders the pizza to the house to deal with their hangovers.