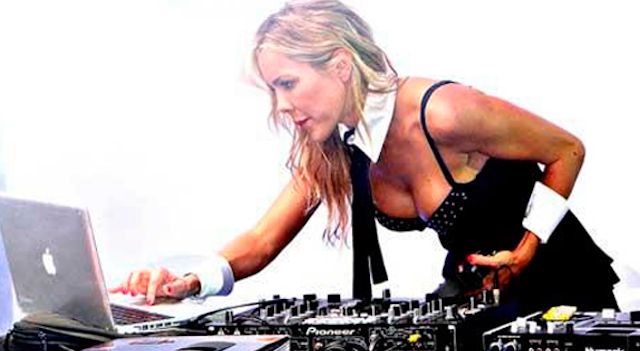 Natalia Paris might look all that, but she obviously can’t DJ.

That age old debate about DJs and whether they’re actually musicians/do anything at all when they’re playing live continues to rage on and probably will do so forever, but videos like this aren’t going to help the people who claim that it’s a legitimate skill.

The video films Colombian model and DJ Natalia Paris as she’s DJing at some event in Bogota. The trouble with the footage is that it’s filmed from above, so it clearly shows that Natalia isn’t actually doing anything when she’s DJing except just standing there pretending to fiddle with buttons and knobs. You can clearly see that the timers on the decks clearly aren’t playing any tracks and she’s probably just playing the set directly through her laptop.

I bet whoever booked her probably isn’t too happy that they paid her $10,000 for this garbage but then again she probably got a bunch of idiots down to stare at her whilst she pretends to press buttons so he might not be complaining too much. Still, it isn’t quite as bad was the worst pretend DJ set ever.