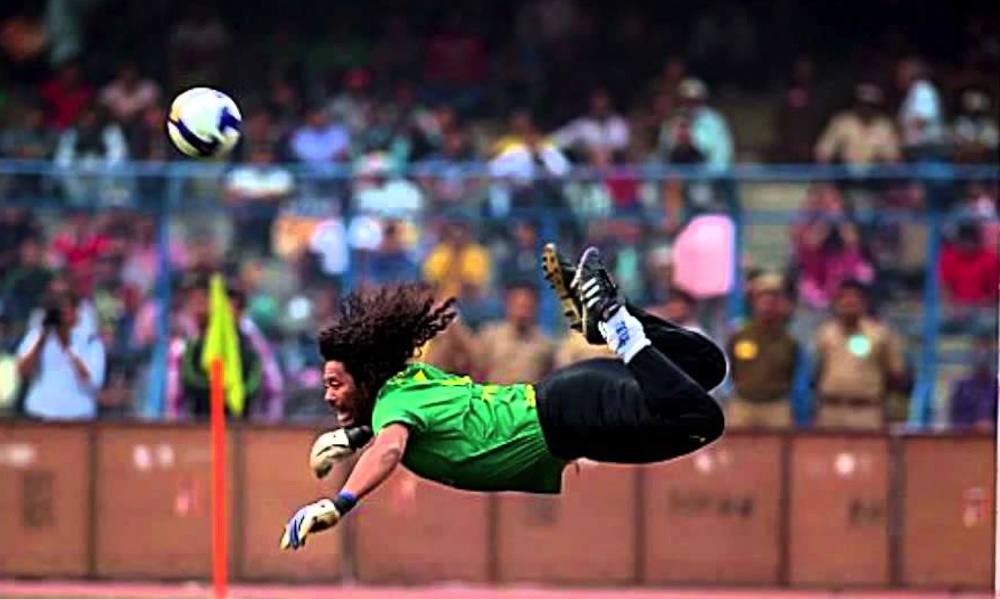 Remember when England played Colombia in a friendly at Wembley and the goalkeeper did that crazy scorpion kick halfway through the match and everyone immediately put him in their custom team on FIFA as a result of it? Of course you do, it’s just something that even people who aren’t really into football absolutely love.

Well, unbelievably, that happened 20 years ago. You probably don’t remember the Colombian goalkeeper’s name, but it was Rene Higuita and even 20 years after that he’s still got it, choosing to recreate the scorpion kick to celebrate its anniversary with the following post on Twitter:

It’s not quite as impressive as the Wembley version as he’s just diving into a swimming pool, but hey I doubt many people reading this could even do that so fair play to the lad. Higuita also posted some memories of the day and the kick onto Twitter too, saying the following:

For those of us that don’t speak Spanish fluently, this can be translated as the following:

What I did not know was where, how or when I would do the Scorpion. And I had decided perfect and trained.

Many say that the scorpion kick was a stroke of genius, others say it was irresponsible. For me it was a work of God: perfect.

To be honest I kind of agree with the guy – like I said at the start of the article, it’s a magic moment that even people who don’t even like football can remember and appreciate. Check it out again below in all its glory:

Legendary. If you enjoyed that check out this guy recreating FIFA gameplay in real life.