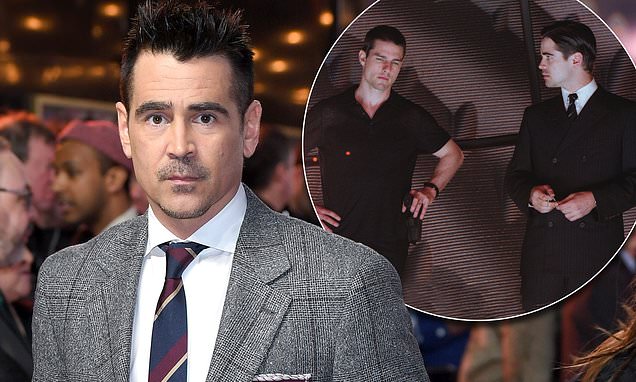 Try saying this one line when you’re hungover.

Colin Farrell has been sober now for 13 years after recently confessing he’d “basically been drunk or high” since he was 14.

Back in 2002 on the set of Minority Report however, Farrell was so hungover after getting wrecked the night before that it took him 56 takes to nail ONE line.

The 42-year-old was starring alongside Tom Cruise in the classic sci-fi drama when he went on a huge bender to celebrate his 25th birthday. 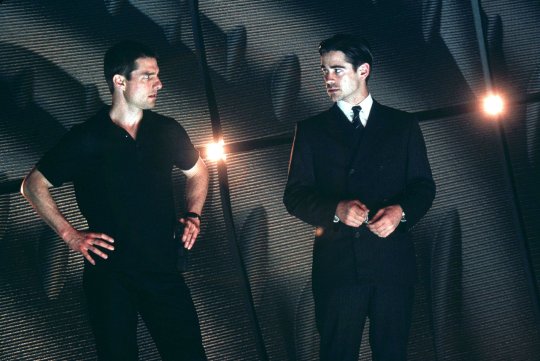 There were a couple of hairy days. I asked them with a great array of arrogance that they not work me the day after my birthday.

I said, ‘Please don’t have me working on June 1st, ­because my birthday is May 31st.’

Sounds like he was completely upfront with the director and crew that with his birthday coming up, he was going to get unbelievably plastered and so maybe it would be best that he didn’t work the following day.

Which is fair play really – a REAL diva move would have been to say nothing, get smashed and not even turn up on set the next day.

Anyway, just like Farrell warned them, it was an absolute disaster:

I thought a 100 million ­dollar film would at least listen to that ­request… but I worked. It was a rough night and I didn’t get any sleep. The line was, ‘I’m sure you’ve all grasped the fundamental paradoxical pre-crime methodology’.

I only know it now, still, 16 years later because it caused so much panic and anxiety. It should be on my tombstone.

My sister was on the set that day and she had to leave the set after 56 takes. I was a disaster. 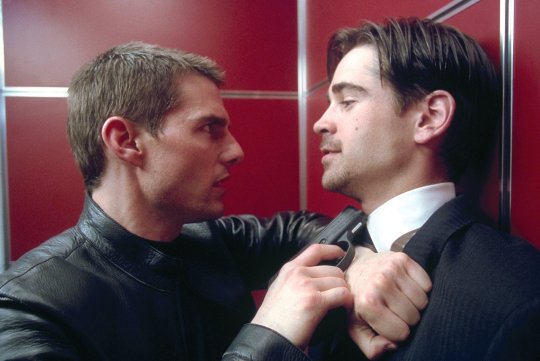 If only there was a Minority report blooper reel which included this footage of Colin Farrell trying to say ‘I’m sure you’ve all grasped the fundamental paradoxical pre-crime methodology’ 56 times before getting it right.

Not that we’re taking the piss out of him or anything, obviously it’s great that he got himself cleaned up and has now been sober for over a decade:

For years I could indulge in certain things. I had a high tolerance for various drugs for years.

I used to go bananas for five months then take the foot off the gas for two months and clean up a bit. I was sad. I was drinking loads. When I ever drink with my mates, we’d go to a pub on Wednesday night and have six pints.

Then everyone would go home. I’d get a bag of powder, four joints and a bottle of Jack Daniel’s and drink until five in the morning. My family were ­trying to get me into rehab.

Amazingly, he says those 56 takes on Minority Report were the only time his drinking and drug taking affected his work. Pretty impressive when you’re dealing with a guy who goes home drunk and only THEN gets on the coke, smokes 4 joints and starts drinking Jack.

If that were me I’d have a pretty hard time saying ‘fundamental paradoxical pre-crime methodology’ too to be fair.

To hear the incredible story of how Colin Farrell almost ended up in Boyzone (seriously), click HERE.