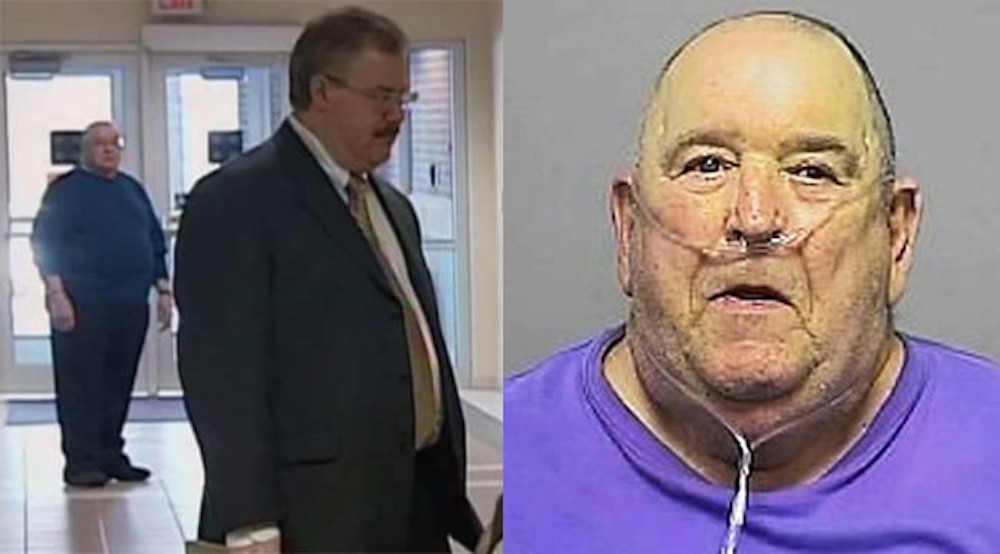 Despite all the theories and evidence that has been thrown up in the wake of Making A Murderer, one of the main questions that nobody can come up with an answer to is that if Steven Avery didn’t kill Theresa Halbach, who did? There are some ideas – like Steven Avery’s own theories – but there’s pretty much a dearth of active leads, mainly because the police decided Avery did it and then did everything in their power to assure they got a conviction.

An FBI cold case specialist named John Cameron has a pretty outlandish theory tying it to one of the most prolific serial killers of all time – a guy called Edward Wayne Edwards (cool name bro). Key to this is that Edwards is renowned for setting up his victims and was obsessed with the media attention his cases received.

He also has a history of showing up at the trials and funerals of his victims. Edwards has already been spotted in the background of a documentary on the West Memphis Three (another case he has been linked with) and Cameron reckons he spotted him in episode 6 of Making A Murderer too (see picture above). Cameron hasn’t been able to ascertain the identity of that character yet though, despite visiting Wisconsin and conducting some extensive research.

You can hear his whole theory below, but there’s also a whole host of key evidence we’ve picked out and written down underneath that if you don’t want to listen to the whole thing:

Well yeah, like I said all of that stuff is circumstantial and it does seem kinda crazy, but given Edwards’ history it’s certainly not outside the realms of possibility. He’s currently serving time for five murders committed between 1973 and 1996, and his daughter – who was the person who eventually turned him in – has produced information linking him to other murders that he wasn’t tried for.

It does kind of seem like investigators are linking Edwards with every unsolved murder under the sun though, including the Zodiac killings and the West Memphis Three and it is kind of a stretch to think he went through with all this AND THEN the cops just finished off planting all the evidence for him. It’s definitely worth considering though as some of the evidence Cameron puts forward is kind of compelling. That is, before a counter argument about it inevitably pops up in the next couple of days.

This Making A Murderer stuff seems like it could go on forever. For everything we’ve already uncovered about it, click here.