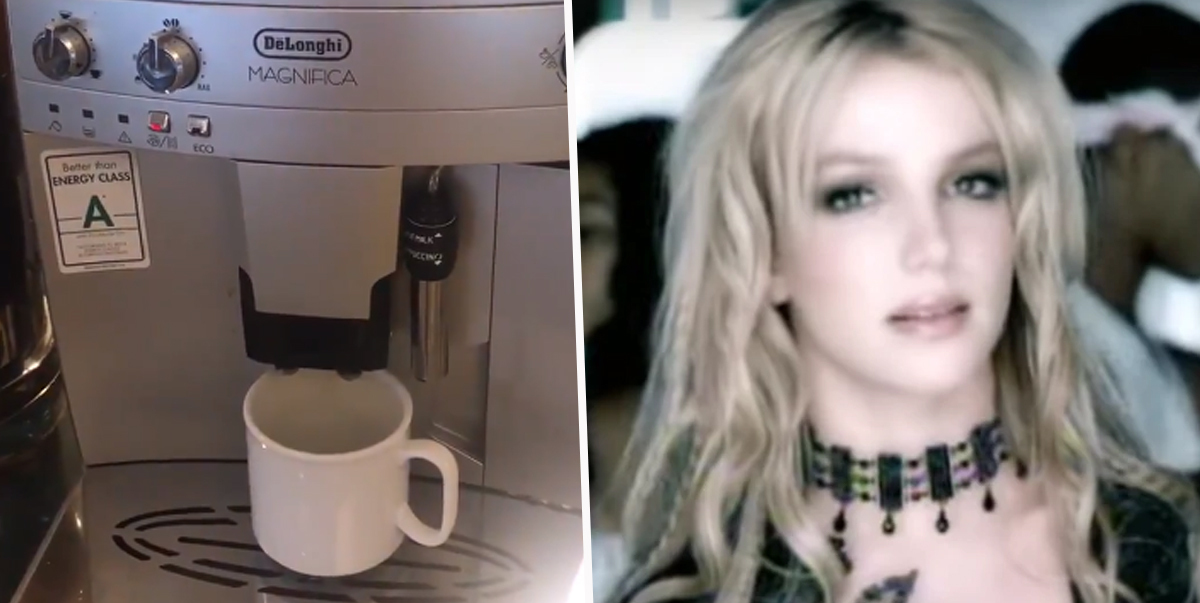 It’s fair to say that technology has progressed leaps and bounds over the past however many years, but I doubt that any of us ever truthfully thought that we would ever hear a coffee machine sound like Britney Spears though.

The year is 2020 though and this bizarre feat has finally been achieved courtesy of this coffee machine in someone’s hotel room in Pennsylvania. Sam decided to tweet a video of the coffee machine’s rendition of Britney’s ‘Stronger’ and at the time of writing it’s had over 42,000 retweets.

the coffee machine at my hotel sounds just like the intro to “stronger” by britney spears pic.twitter.com/Mfi1R83Ww3

Yeah, I wasn’t really that impressed with that as I actually thought it was going to sound similar to Britney singing the chorus or something and not just some weird beeping, but if you actually listen to ‘Stronger’ song then you’ll get what she’s saying. You can also watch the video and see Britney looking particularly hot in it so there’s that as well:

Absolute banger. Not sure if i’m really that into the coffee machine version but it seems like a lot of people out there are vibing off it so there’s that I suppose. Hopefully having read this article you’re one of them.

For more Britney Spears, check out this dog singing Toxic by her. That’s actually a really good version.