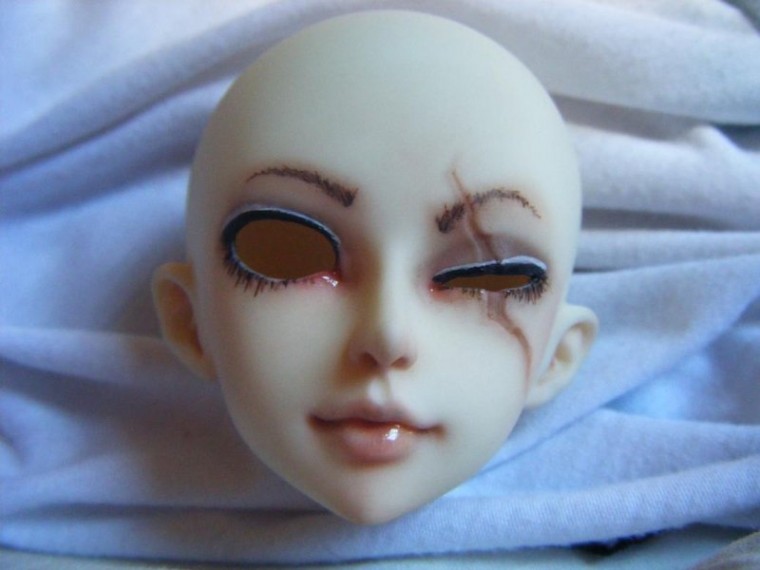 This is a story about what happens when you finally lose control.

It is that glorious time once again! It’s time to enter the dark  sticky recesses of my brain to see what putrid filth I can dredge up.

I would also like to sincerely thank you all for reading my rantings in 2011. It is genuinely amazing to me that people are so interested in my literary dribblings.

I’ve got my first book coming out called ‘Chop Shop’ in 2012, so hopefully I will be able to distort and warp your delectable minds a little further.

I hope you have all had a good chrimablicious and have a fvcking tremendulously jolly and drunken new year.

If you would like to contact me, please do so on all these mad electronical gizmos and doohickeys (I tend to use Twatter most so please ‘follow’ me):

So, here I find myself, standing in the queue for Sainsbury’s, choking back tears of burning venomous rage. These are the tears that I have tried to conceal for the vast majority of my adult life. These are the tears that I have only shared with myself, whilst drunkenly looking on in confusion. I observe myself looking through the shimmering moonlight at a stranger with an iridescent razorblade in my clenched fist. It reflects the cool, glistening light: white on silver, silver on white. I seem to have an inexplicable thirst for the blade.

These are the tears that no one was ever meant to see.

I mean I only came in to buy some coffee for fvck sake, an entirely conventional and mundane motivation. I don’t ever come into Sainsbury’s out of principle: I hate the dribbling, fat-tongued wanker that promotes this place. I refuse to spend my hard-earned cash in an establishment which is content to be represented by such an odious twat.

And I really can’t begin to explain or comprehend the sequence of events that have brought my feet to this point on the unforgiving cement floor, or my eyes and my heart and liver and lungs and my spleen to where they are now. Although, I will have to try and recall the preceding events, otherwise this is all a little pointless and I would just be wasting your time really.

So I find myself here. And here, old women are standing around me with their trolleys full of things they don’t need or could possibly want, like Irn Bru and Jammy Dodgers and Tunnock’s Tea Cakes. I imagine that they would be better off with a packet of sleeping pills, a bottle of bleach and a crystal wine glass. I mean in reality, no fucker is going to visit them anyway and they can’t hope to eat them with their standard issue NHS teeth and their exhaustedly thin, diabetic bloodstreams. So, I guess they will just end up corroding in a care home, gently descending into senility, alone and miserable, just like the rest of us. I guess, like most things, it is the delusion that someone cares that encourages them to take their next breath.

I am standing here with these women, in a poorly lit and depressingly amateurish fresco scene. The old women are painted clicking their teeth and gawping at me like the repulsive, decaying vultures they are. I imagine they would have that faintly identifiable old-lady-smell and have downy, post-menopausal facial hair. They would stereotypically enjoy Countdown, would drink just one too many Advocats at Christmas and proceed to make casually racist remarks to anyone that wasn’t listening to them anyway. They not-so-quietly mutter things like ‘That’s a bloody disgrace that!’ and ‘He should be ashamed of himself, a grown man making a scene like a wee wean!’ This really is the sort of obvious dialogue you would expect in a poor TV sitcom. How lazy. How very disgustingly predictable.

And not even a polished American sitcom full of beautiful people with inconceivably white teeth and trivial problems related to the Senior Prom and their limber friend Candice who has developed the rip-roaringly inconvenient tendency of sniffing glue and then proceeding to have unprotected $ex with the first over-muscled prick with inconceivably white teeth in the vicinity. It doesn’t go exactly like that, but you know the insufferable shite I’m talking about.

This is the sort of inadequately constructed and disjointed scene you would find in an embarrassingly awful, under-funded British sitcom. The kind of show where even though the makeup is layers thick and it looks like it was applied with a shotgun, you can still see the grotesque spots and blemishes on the skin of the talentless actresses that vomit unimaginative storylines at each other (they should really get themselves some good writers you know). With stories that revolve around the undetermined fatherhood of an illegitimate child with astoundingly apparent genetic defects.

In the end, it turns out to be the sweaty, slightly concerned looking wee jakey that we originally suspected to be the father all along. Another of life’s great mysteries solved! Now let’s turn off the telly and go back to lives that are disconcertingly similar to that which we have just scornfully mocked and clucked at for the last half an hour. I think that’s what they call ‘irony’ in the trade, just in case you are taking notes.

Typically, I don’t believe in ‘stories’ so to speak. They lack originality. Everything has already been done. There is nothing new and nothing exciting. Any idea that you have will have been done before, so why bother? I can assure you I have been asking myself that very same question. It is for precisely this reason why I treat conventional stories with such contempt and suspicion. Eventually everyone runs out of good ideas. Nothing is truly original and innovation is deceptive and illusory. These words are especially reconstituted, reprocessed, plagiarised, copied, re-packaged, re-branded, stolen and artificial, so please take nothing from them.

Again, this is all somewhat beside the point (I apologise if you are beginning to get a bit frustrated, but I do enjoy toying with you just a little). The fact is that I have just stood shamelessly, in public, and unashamedly screamed at a perfectly innocent cashier who has pleasantly, professionally and politely informed me that my Debit Card has been declined due to insufficient funds in my account. This is an unfortunate occurrence that I have become all too familiar with. On any other day this would have been nothing more than a minor inconvenience for a mild-mannered citizen such as myself. But this day, this day is a little bit different.

The cashier is quite reasonably requesting another form of payment for the coffee I am attempting to purchase. There is a long queue accumulating behind me and I barely notice that quite a veritable throng of disapproving onlookers is gathering around the checkout. I am generally quite sympathetic to the plight of the average shop worker since they are subjected to constant contact with “the public” and as a result they are forced to endure frequent unjustified arrogance and abuse. Unfortunately, this is just one irritating eventuality too many and I have finally let my paper-thin smile slip. I don’t even particularly like the brand of coffee I have tightly clutched in my white-knuckled claw.

I glance down, expecting to see the cheerfully coloured label and I am surprised to see that I am in fact holding a bottle of cheap, very low quality vodka.

The kind of vodka that you instantly regret buying since it tastes and smells like it should be used to sterilise stainless steel surgical implements or to remove persistent mildew from a scrupulously clean white-tiled wall. The kind of vodka that when you wake up in the afternoon your tongue is thick with a foul mucus coating and your throat feels burned. It is basically just cheap, nasty shit and each time you drag yourself out of bed, you convince yourself that next time you will buy the good stuff. Yeah, right. As I have already mentioned the vodka was a somewhat unexpected discovery, since I had genuinely convinced myself that I had entered the store to buy some flavoursome, responsibly grown, Fair Trade coffee.

I had somehow managed to deceive even myself.