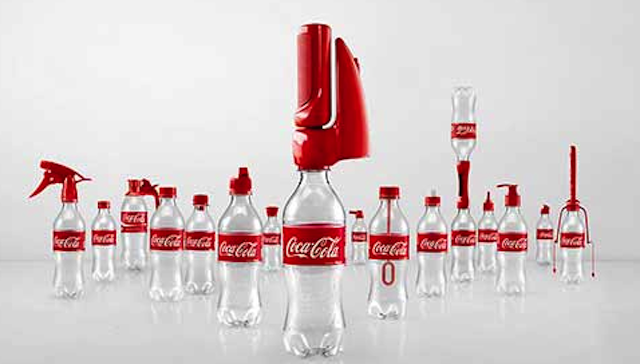 This is one of the most awesome ideas ever, and helps everyone involved and the planet too.

Coca Cola has released a new ‘2nd Lives’ kit which enables you to do something useful and creative with your empty coke bottles, rather than just throw them away with the rest of your junk or recycle them if you’re actually a cool dude.

They’ve created 16 crazy bottle caps that turn coke bottles into a whole range of different items including a water pistol, rattle for your baby, paint tube, pencil sharpeners, paint brushes and bubble makers. You can even get a sweet connector and put two coke bottles together to make a sweet dumbbell you can use for working out, although it probably wouldn’t be that heavy. I guess these are aimed at children though so it’s probably a good thing that it wouldn’t be that heavy.

Unfortunately the offer is only running in Vietnam right now as it’s aimed at the Vietnamese and encouraging them to recycle, but in somewhat cool news the initial shipment of 40,000 is going to be given away free so hopefully the Vietnamese won’t have any excuses when it comes to sorting out their Coke bottles in the near future. Hopefully they can also spread the initiative over here at some point.