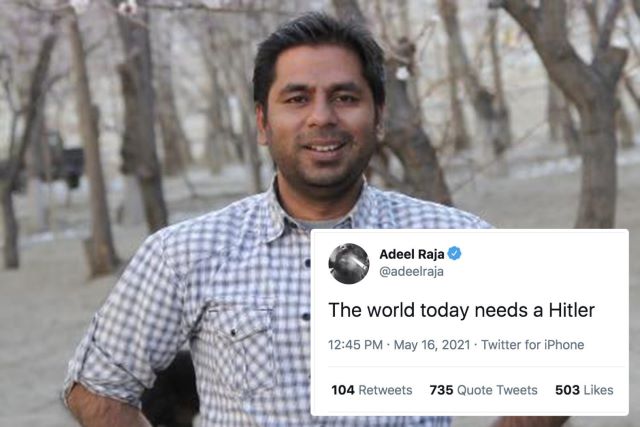 In case you hadn’t heard, there’s a serious cycle of violence occurring between Israel and Palestine and the situation is getting worse by the day. Most people, including me, don’t know enough about the situation to comment intelligently on it, so we don’t. It’s one of those things that’s best left to the experts to discuss and resolve. 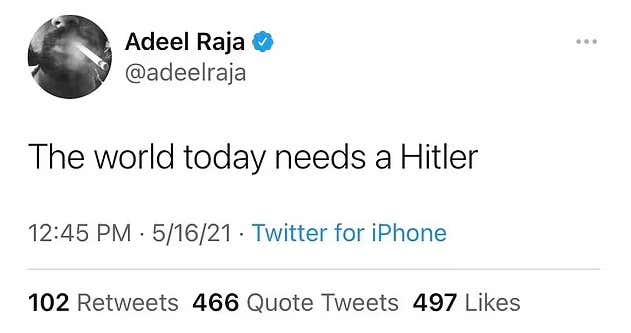 Yikes. Probably not a good idea to let the world know you are pro Hitler if you’d like to keep your job as a blue checkmark journalist.

In a statement, CNN said:

[Adeel Raja’s] reporting contributed to some newsgathering efforts from Islamabad. However, in light of these abhorrent statements, he will not be working with CNN again in any capacity.

Amazing it took this long since he had Tweeted the following during the 2014 World Cup:

I guess you can only post so many pro-Hitler Tweets before it finally catches up with you. Although surely CNN were not aware of his Tweets from 2014 before they decided to hire him initially, right?

So yeah, let this be a warning to anyone out there who is tempted to express their approval of the Final Solution and general pro Fuhrer sentiment on social media. Even if you find yourself typing it out, just take a moment to pause and think about the implications before hitting ‘Send’. As for CNN, maybe time to improve the vetting process a little bit?

For the Jewish kid who was forced to kiss the feet of a Muslim or get battered, click HERE. Not very nice, is it?