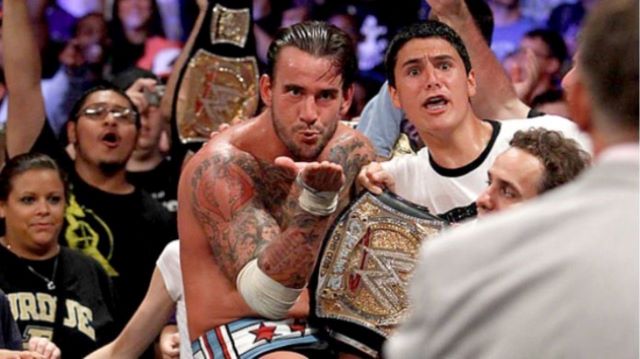 In wrestling news that falls under the ‘big, if true’ category, CM Punk is reportedly in talks to finally return to the squared circle, 7 YEARS after his last appearance with WWE.

The report comes from Sean Sapp of Fightful, who’s apparently one of the more credible wrestling journalists in the game. Yeah OK rumours of CM Punk returning to pro wrestling have come and gone ever since his last appearance in 2014, but supposedly it’s for real this time. Well, it better be – given Punk is 42 years old which is the prime age for one final run in wrestling these days.

CM Punk has been in talks for a potential return to the ring, Fightful Select has learned.

According to the report (which you can read in full by joining the Fightful Patreon), Punk will be making his return for All Elite Wrestling, NOT the WWE, which makes it even more exciting because Vince McMahon’s company has been in dire need for some competition to make them buck up their ideas this last decade or so.

Not that it wouldn’t be cool to see CM Punk return to WWE to close the chapter on his career, but you just know he’ll get so much more freedom to do cool shit in AEW, where there’ll be fresher match-ups waiting for him too.

Given he’ll instantly become the biggest draw in the company, it could also finally spark a proper WWE/AEW war that could take us back to the Monday Night War days between WWF and WCW. I mean it’s not like things have changed much in WWE since CM Punk left. I’d bet there’s loads of wrestling fans who would rather watch CM Punk dropping bombs on the mic in AEW than watch Roman Reigns, John Cena and the gang do the same old shit over on the other channel.

Hopefully AEW runs a show in Punk’s hometown of Chicago so he can return to one of the biggest pops in pro wrestling history. If Punk wants to close out his wrestling career properly, it’s now or never really. Come on Tony Khan – make it happen!