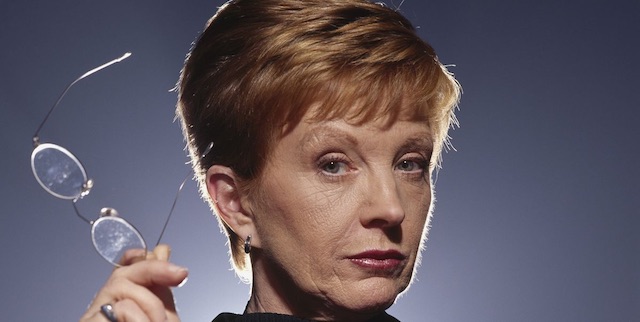 ‘You are the Weakest Link, goodbye!’

I think we kinda forget that Anne Robinson made a career out of being absolutely awful, rude and downright disparaging to contestants on ‘The Weakest Link’ because it was kind of funny at the time, but it turns out that some of the stuff she was saying was 100% horrific judging by a recent clip that has gone viral.

Anne was announced as the new host of ‘Countdown’ yesterday and so someone decided to put up this video of her to illustrate how she was one of the good guys of daytime TV. Lol, OK. This was obviously sarcastic but I don’t think anyone could have been ready for just how awful the clip chosen actually ended up being.

The clip only lasts for one minute but it feels like about an hour because it’s so awkward and uncomfortable, as Anne manages to berate the poor woman for being a full time single mum on benefits, being divorced twice and possibly looking into lesbian experiences. That’s a lot to get through in one minute, but she manages to do it without even skipping a beat:

A warm welcome back to daytime TV to Anne Robinson, one of life’s good guys pic.twitter.com/QWDrsH6ZOS

Geez. That somehow just gets worse and worse as it goes on despite starting with a fairly low bar in the first place.

Seems as if this poor woman was desperate to come on ‘The Weakest Link’ to try and win some money to support her family but seemingly only managed to get ridiculed by Anne Robinson for how shitty her life had been recently, probably through no real fault of her own. When are people going to understand that nobody chooses to be poor and wants to ask for benefits, but there often isn’t any alternative for them and it’s very hard to break the cycle in that respect?

Anyway, the clip at least seems to have been roundly condemned on the internet so at least there’s that, but will it end up with Anne Robinson being cancelled or losing her job on ‘Countdown’? Probably not I would wager, but you never know. She could probably get away with it by arguing that she was playing a character and that’s not what she really though, but it’s a bit different taking the piss out of someone being poor rather than their dress sense isn’t it?

For more of the same, check out when the coroner ruled that Jeremy Kyle contributed to his guest’s death. Landmark moment.