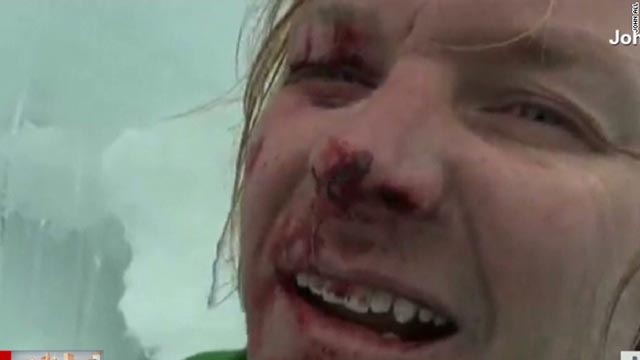 A broken arm, broken ribs, internal bleeding and two dislocated shoulders didn’t stop this dude from climbing back out to safety.

This is John All, and he just plummeted down an icy crevasse on a Himalayan mountain and managed to crawl back out like an absolute pro, albeit with five ribs and arm broken, internal bleeding and both shoulders dislocated.

It took him six hours to crawl out of the hole and another three to reach his tent. He spent the night in pain before rescuers discovered him the next morning.

He was smart enough to get it all on tape and who knows, maybe the idea of becoming an Internet phenomenon or real life 127 Hours-type hero spurred him on to survive. Either way, good thinking John. Can’t imagine how many times he’s going to play these videos on his phone for random people he meets: