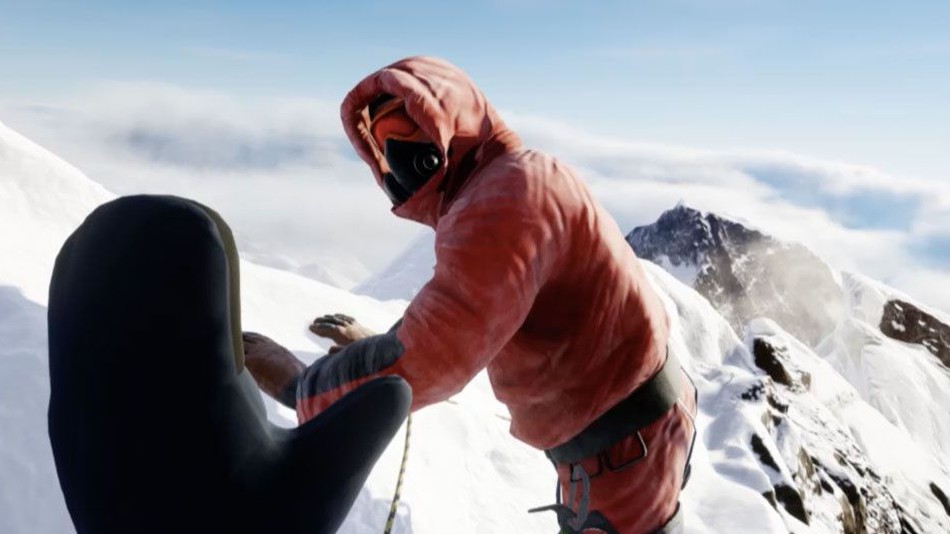 Accomplish the toughest trek in the world from the comfort of your own home.

One of the most impressive feats you can undertake in life is making it to the top of Mount Everest, but now there’s a way to experience this without even leaving your own living room thanks to virtual reality.

Whilst many would argue that this takes away any real sense of accomplishment from the ordeal, you’ve got to admit that it’s pretty cool that you can see what it’s like from the tallest point on Earth without really breaking a sweat. VR studio Sólfar and visual effects house RVX are behind the incredibly realistic simulation, which lets you travel through several well known locations such as Base Camp, the Khumbu Icefall, Camp Four, Hillary Step, Lhotse Face and the Summit.

Unlike other VR simulations that just give you a 360 degree view of the areas you’re climbing, the Everest simulator is a fully immersive experience as you use the Oculus Rift controller to wield harnesses, a pulley and an ice axe as you try to pull yourself to the summit. It’s not like a video game though and presented more as a narrative piece, with climbing missions in between. These are apparently pretty realistic, with falling ice and wind to navigate as well as the various cliff faces.

If you don’t fancy all the climbing bullshit, then there’s also a God mode where you can just teleport around the mountain and check out the views from the various locations. That sounds like the option I’m probably going to go for – can’t even be bothered to climb up the mountain virtually.

For more Mount Everest, check out this pop up restaurant on Mount Everest that costs $1050 per head. Sounds reasonable.