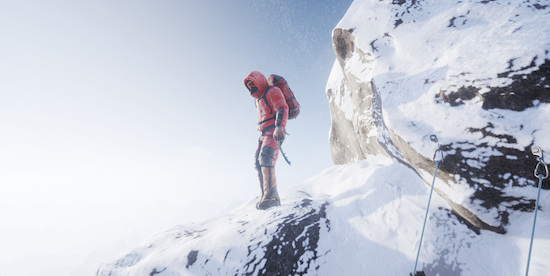 Climb to the top of the tallest mountain in the world without leaving you couch.

I’m sure given the chance that anyone would love to say that they’ve climbed up Mount Everest, but in reality very few people are in the physical condition and have the tenacity to actually complete that trip without dying or falling seriously ill.

Now thanks to Playstation though, you don’t have to. They’ve just released a game called Everest VR which allows you to experience the route to the summit via five iconic scenes.

First up is preparing for your expedition at Base Camp, then you have to traverse the terrifying Khumbu Icefalls, spend the night at Camp 4, make your way up the perilous Hillary Step, and finally reach the top of the tallest mountain in the world.

Once there you can also access God mode which lets you fly around and take in the view from the sky, which isn’t actually possible to do if you climb it yourself. I’m sure everyone who makes it to the top is especially gutted about that.

Anyway take a look at the trailer yourself below:

I mean that does look awesome but it kind of makes me actually want to experience it for myself rather than just playing it at home in VR. Then again I’m never actually going do that so I should probably be thankful that this just exists.

Actually, the fact that there’s a pop up restaurant at Everest base camp that’s $1050 a head has convinced me that it might be worth going up there after all.