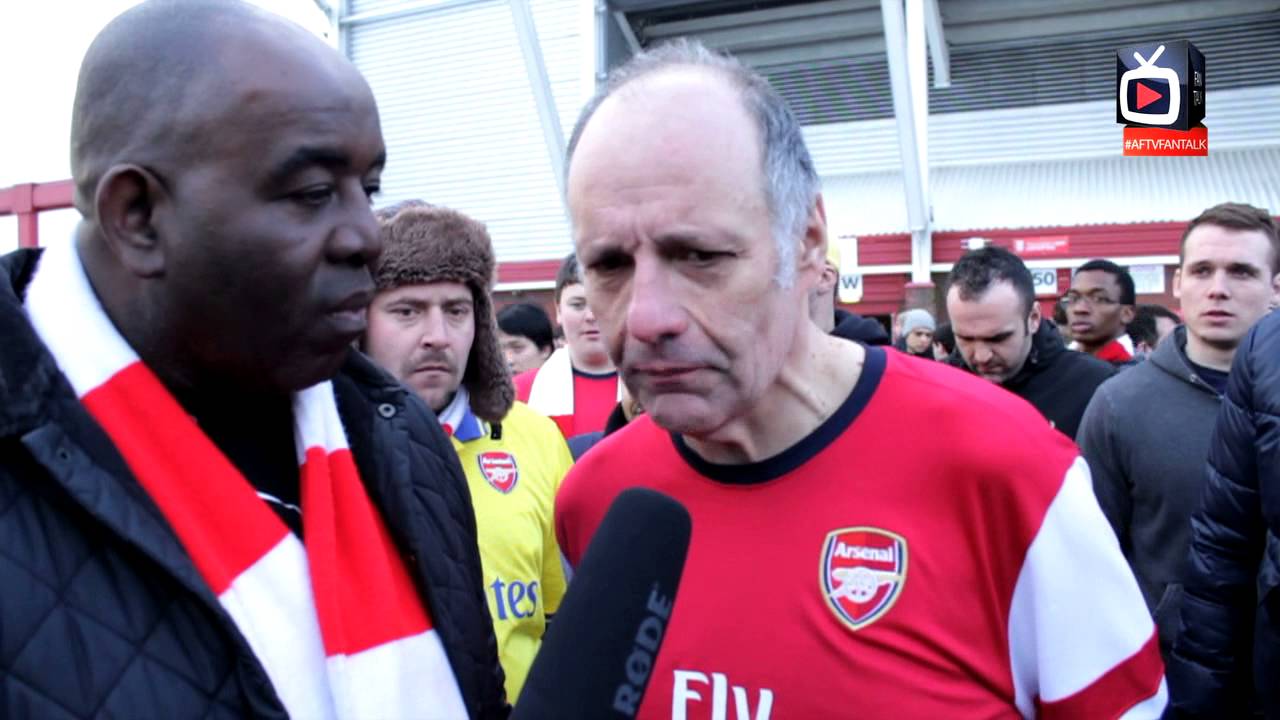 Unless you’re an Arsenal fan, there’s no denying that Arsenal fan TV is one of the most entertaining channels on the internet as there’s nothing better than seeing deluded Arsenal fans shout and scream at their own players and managers and completely lose the plot at each other. It really is something special.

One of the most well known characters on it is Claude, but it seems like he might have made his last appearance on the channel after he referred to Tottenham’s Son as DVD following Arsenal’s defeat to them at the weekend. ‘DVD’ is a London based derogatory term aimed at the Asian community, characterising them as people that sell pirated DVDs in pubs and on street corners.

Claude originally tried to defend himself by saying that he meant that Son would be releasing a DVD of the game because of his performance, but this tweet below pretty much encapsulates why that’s just a massive lie:

Son is subbed off and Claude says “DVDs going off”. The constant casual racism towards Son is a joke pic.twitter.com/jOcG6XWbzs

Absolutely disgraceful and pitiful response from Robbie and Claude from AFTV. At no point did Robbie point out that Claude made the DVD comment the exact moment Son was being substituted. Glossing over racism once again. Shameful #AFTVOUT #GETOUTOFOURCLUB pic.twitter.com/GIy7dPmaq0

After the channel received a massive backlash from that video, Robbie Lyle released the following statement apologising:

I would like to sincerely apologise for the derogatory remark heard on the AFTV livestream on Sunday, and for the response video that we put out today where we failed to apologise and take onus for the comment.

As a channel that has millions of viewers around the world, I fully recognise the power that comments made by myself or people on our platform have, and it is paramount that we do not allow comments of this nature to be made in any form.

As such, it is only appropriate that Claude is removed from the channel indefinitely.

In no way do I or AFTV condone racism of any kind and it is important we take appropriate action in line with the comment made.

I have spoken with representatives at Kick It Out earlier today and must reiterate that this is not an issue I would ever try to sweep under the carpet or ignore.

The response video was a mistake and I can only apologise that we did not take responsibility for the comment sooner.

In this time we will ensure that Claude undertakes an education programme to understand the full severity of the remark made on Sunday, and that comments of a similar nature are under no circumstance made again in the future.

I guess that’s the right kind of response to this kind of problem, but the fact that Arsenal Fan TV makes it money from constantly slating the team that it’s supposed to love and support the most and stirring up trouble all the time, I can’t really help but think that is just another opportunity for their ratings to go through the roof when a teary eyed Clause returns after his ‘education programme’ and mumbles his way through a pre prepared apology. Maybe they’ll even be a video of him laughing and joking with some Korean Arsenal fans or something to convince people of his ‘changed man’ status. Gimme a break.

For more of the same, check out this Arsenal fan trolling Jan Vertonghen. That was actually pretty funny to be fair.